I have to admit, I have never been a fan of Gong Cha and I just don’t understand why there would be long queues for this bubble tea drink. I just don’t get the funny creamy thing at the top of the drink. Not only does it look icky, it tastes icky too. I once asked the staff what the white thing was, and was admonished with a ”CREAM LOR!” plus an ”are you an imbecile” look.

I much rather go for Koi. It tastes more natural. Anyway the guys in my office go gaga over Gong Cha, so this post is dedicated to them. (And I thought only girls went gaga over bubble tea…) 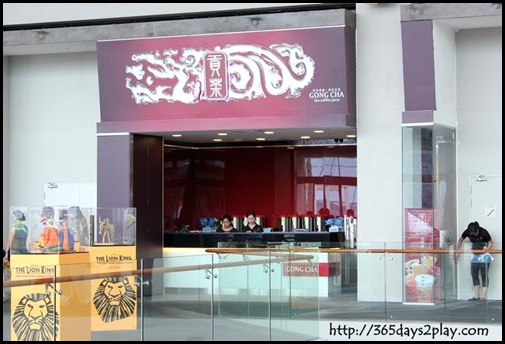 During my staycation at Marina Bay Sands over the weekend, I discovered to my surprise that there is a Gong Cha there! When I say that I’m surprised, it’s because MBS is littered with high end boutiques. And here comes a Gong Cha, where you need only part with a few bucks to make a purchase! 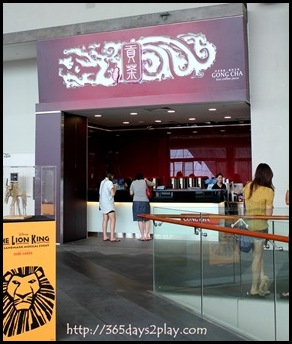 I don’t think people know that Gong Cha has opened at Marina Bay Sands. It’s located at the less populated wing and quite near the end too. See, there are no signature queues here. 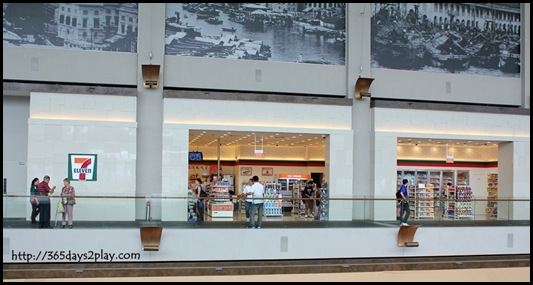 In fact, it was pretty funny to see a 7-Eleven next to Gong Cha as well. It seems to reinforce the idea that this is the ”not so high-end” side of MBS, although this 7-Eleven does look more high end by 7-Eleven standards. I’m waiting for a McDonalds or KFC to open at MBS, do you think that would happen?

I would love for Marina Bay Sands to have a proper supermarket. There is a Cold Storage Speciality near the Rasapura Food court, but it does not sell meat and vegetables. There is definitely a huge need for that, because after having blown a few thousands on the new bag or at the tables, you might just find yourself not being able to afford room service!