Took some pictures of the East Coast Park area today. I love looking at the vast expanse of water. There is a sort of calming effect, just looking out at something so blue and unblocked. Once in a while, I need to come here, to get away from the built up areas of Singapore. I know, the numerous ships dotting the sea reduces the picturesque quality, but still, this is about as good as it goes in Singapore.

It was also interesting to see the rain pouring down in the city area. Marina Bay Sands was just a grey blur in the distance. Yet at the Changi area, it was as bright as can be. 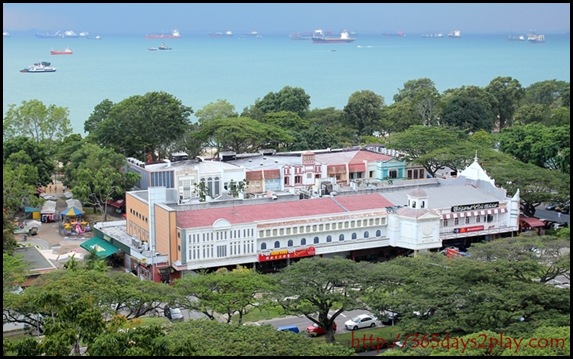 The McDonalds area of East Coast Park. Looks different from up here. There was some news recently that their rentals may not be renewed? Wonder what’s the latest news with that. 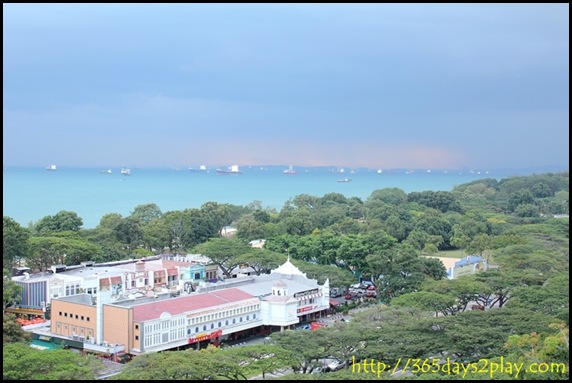 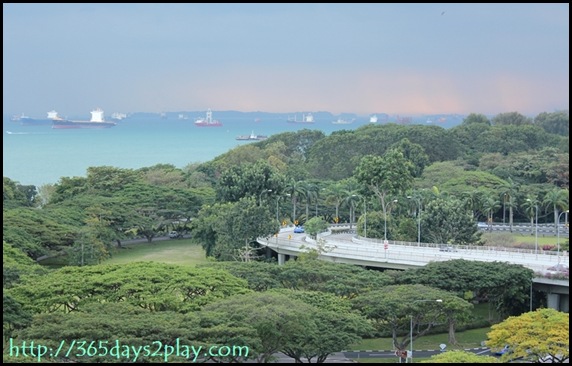 You can see the rain coming in in the distance. Wonder what it is that causes the orangey sky. 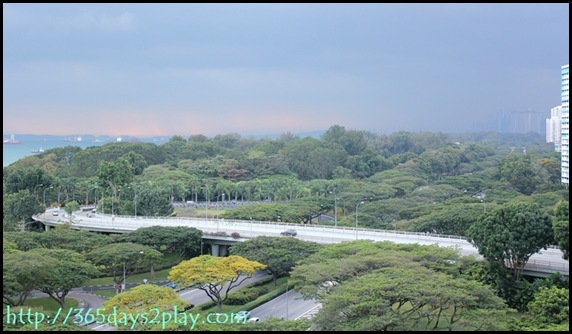 You can hardly see Marina Bay Sands in the rain. 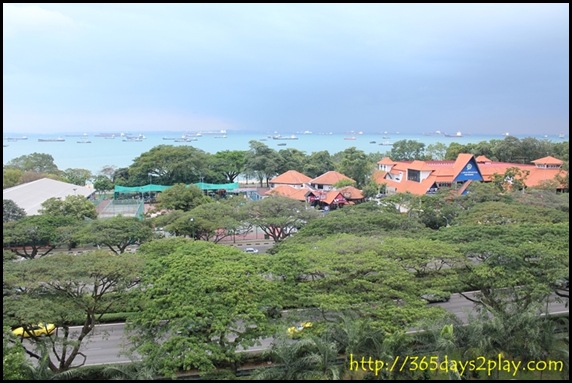 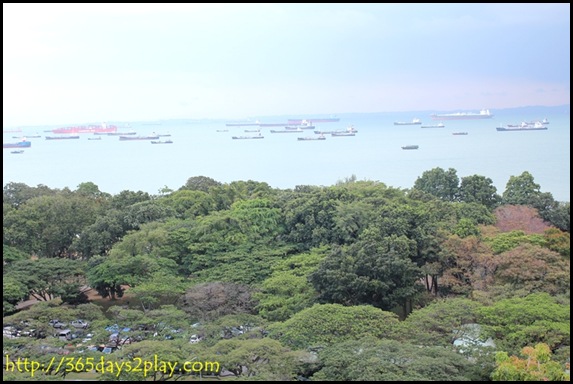 Yet bright as can be towards the Changi direction. Singapore may be small, but it’s still large enough to experience different weather in different parts of the island!

It would be wonderful to live in a condo and wake up to such views every morning. Unfortunately, since the East Coast Parkway Expressway is parallel to the East Coast Park and sea, the better your view of  the sea, the louder the noise of the expressway! The drone of the cars is quite audible. I have no idea how people living right next to the expressway tolerate the noise. They must have learnt to weed it out. I can’t imagine how I would do that, or if I would want to do that in the first place. I gues the best way is to choose a condo block that is not nearest the expressway. Yes the views will be blocked, but you still get some bits of view and much lesser sound. And don’t let me even get started on how dusty and dirty it must be to live next to the expressway. I wonder if people living next to the expressway go to the doctor more often?

The place I live at happens to face a small playground, and there are no major roads nearby. It’s pretty peaceful at night and I like it this way.  I can have my windows open at night and I often poke my head out to enjoy the cool night breeze. Still, Singapore is noisy compared to New Zealand. Lying in bed at night in New Zealand, it was so pitch black I couldn’t even see my hand. And get this, for the 1st time in my life, I realised my phone had a low buzz sound, audible because there were no cars around for miles.  In all the years that I’ve had a mobile phone, I’ve never realised it buzzed!