Did you know that Kaiserhaus is Singapore’s only restaurant serving classic dishes from Central Europe? If you’ve been to Germany, Austria or Hungary and want to reminisce, you just might want to check out Kaiserhaus. And if you do so by 24 November, you’ll also get the opportunity to sample their Game menu dishes.

The game meat used at Kaiserhaus is sourced from sustainable free-ranging farms in Europe. These farms boast vast expanses of land, allowing the animals to forage on a natural diet, thus improving the quality and flavours of the meat. People who don’t like strong flavours tend to shy away from game meat, thinking game to be reeking of animal smell. Personally, the game dishes I tried at Kaiserhaus are not so exotic tasting that you need to steel yourself in advance. In fact, it is a good thing to have more flavourful meats, why would you want bland tasting food? (Can never understand people who say lamb tastes ”lamby”, well don’t eat meat then?!) 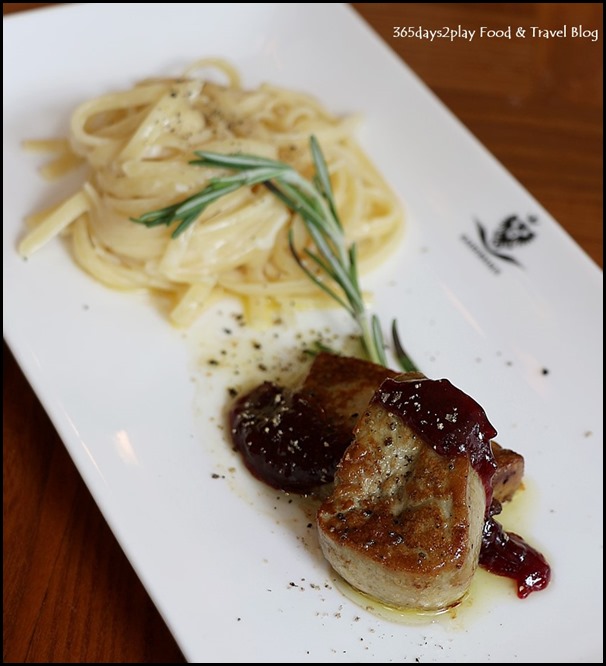 Doesn’t strike me as a game dish, but nevertheless a very good version of duck liver aka foie gras. I seldom come across duck liver served with pasta, but it was a very good idea to pair the 2 together as they complimented each other very well, with the tart and sweet cranberry glace helping to cut through the greasiness. 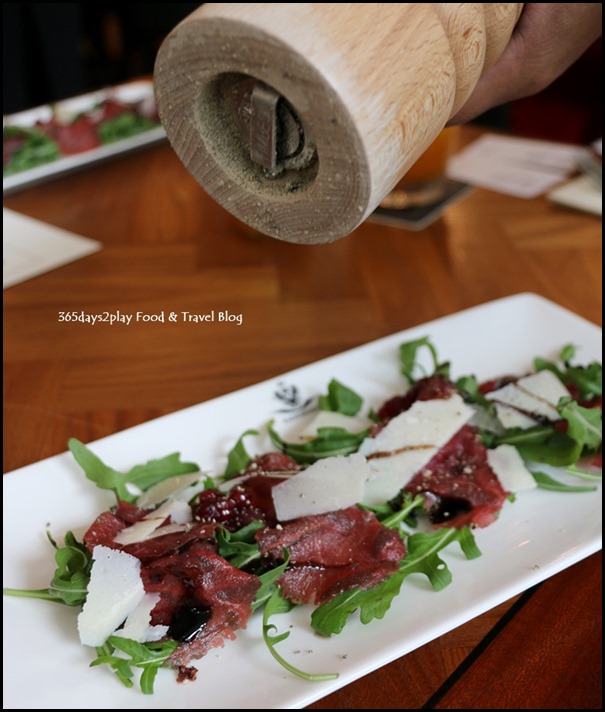 If you want to know what meat tastes like unadulterated, go for it in carpaccio form. These were pretty tender as they were so finely sliced. There was a medley of flavours at play here, from the saltiness of the parmesan shavings, to the sweet and sour balsamic, to the bitter rocket leaves, all interplaying with the umami taste from the venison. 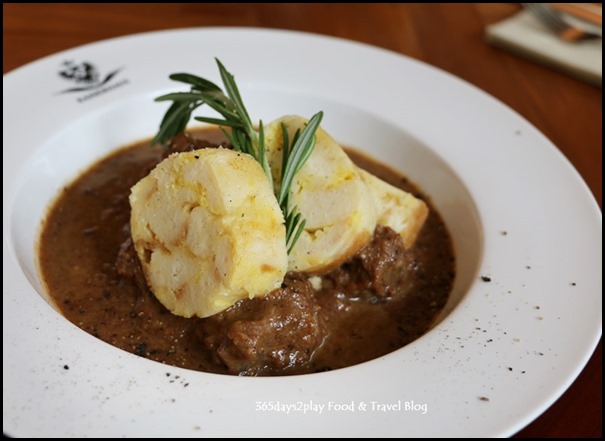 If you want something with really strong flavours, go for the wildragout. Every mouthful of this rich stew that has been simmered for hours was extremely enjoyable. I am always very wary of German dumplings because many a time I’ve been served literally balls of dough, but these here had the consistency similar to soft bread, which was perfect for soaking up the stew. 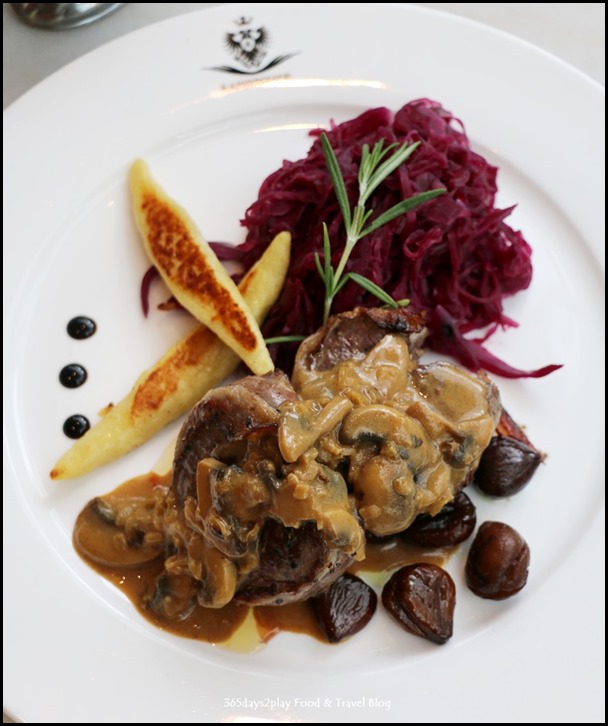 I’ve eaten venison a number of times and it tastes quite like beef, perhaps with a deeper flavour and a somewhat firmer texture. This version delivers even more flavour thanks to the savoury mushroom sauce and bacon. The schupfnudeln surprised me by being a noodle dumpling, when I thought I was eating a delicious potato instead. 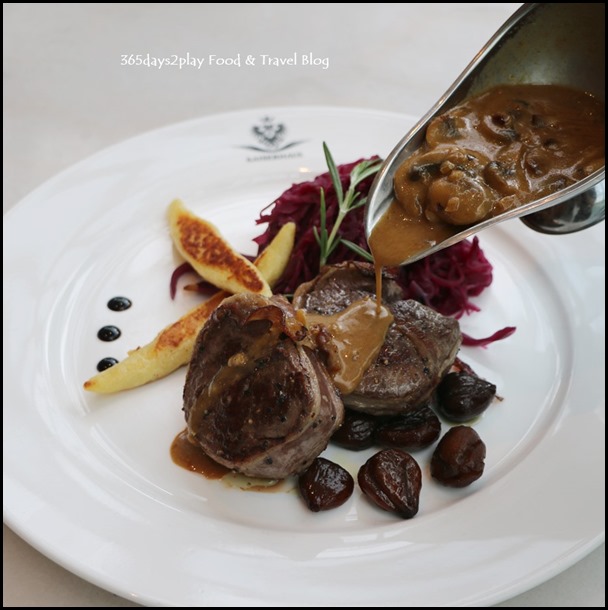 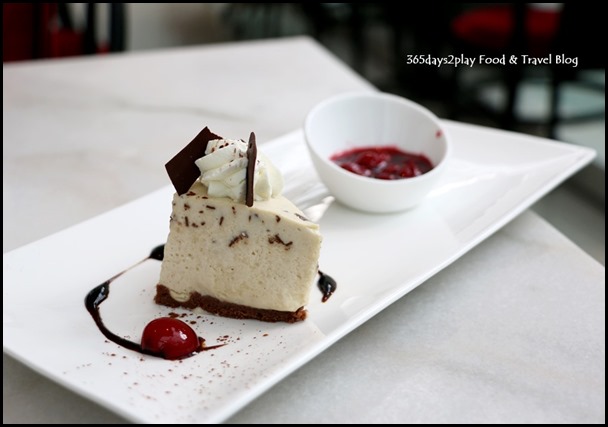 This almost as light as air parfait had to be savoured quickly or risk toppling over. The hint of chestnuts and nutmeg put us in a dreamy mood thinking of more temperate climes. If you want a cake with more body, you could try asking for the frozen version instead.

Funan is open! 5 reasons why you will want to visit Funan again and again