Actually this special menu is available only for 3 days between 18-20 June, so you really have to hurry if you want to try this out. The 3-course set menu is priced at S$69++ and you can top up $35 for wine pairings. The pictures below show 6 dishes, ie 2 dishes per course. And yes, I ate it all. Yes I ate two dinners yesterday and practically cleaned my plate(s)….

If you can’t make it, you should still consider visiting Ginett Restaurant at some point in time. Some of their dishes are surprisingly affordable, and wines per glass starting from $6??? That’s quite a steal here in Singapore!

Scroll down for more pictures. 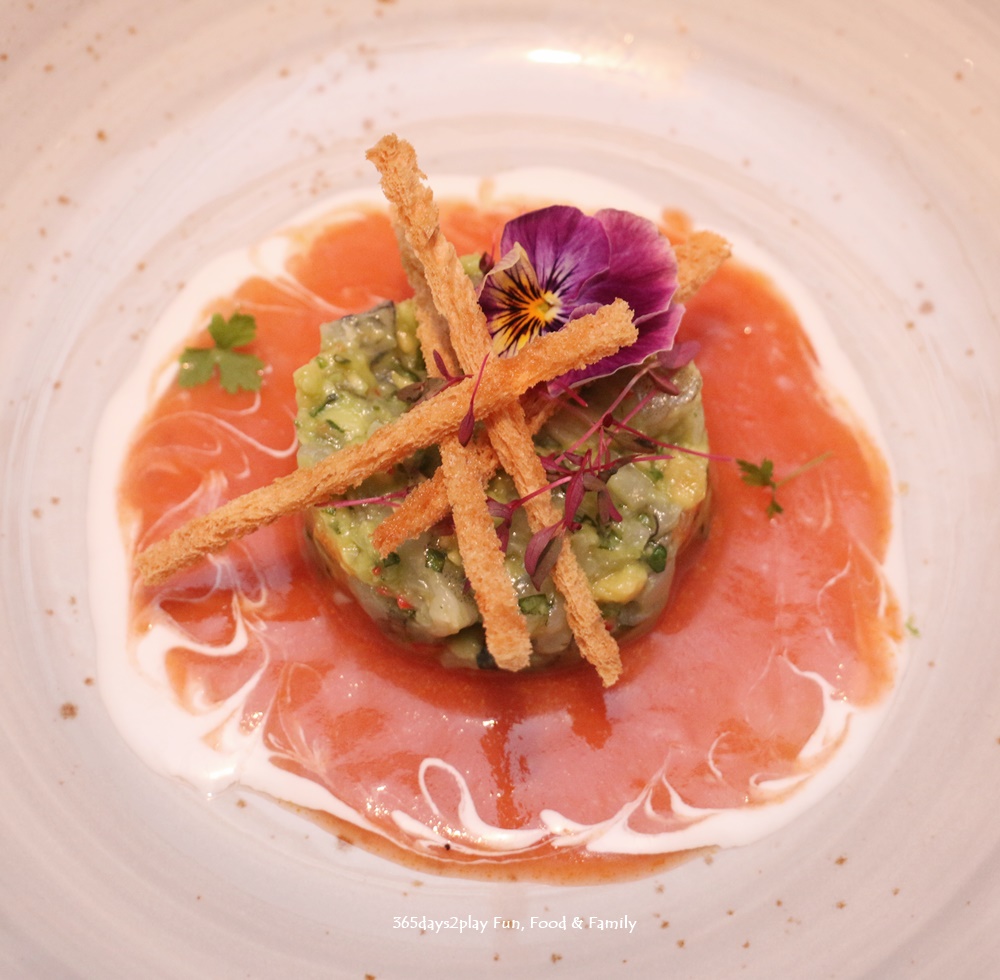 It is lucky we were served both starters because I would have had such a hard time choosing between the shrimp tartare vs the ravioli. Everyone agreed this was a beautiful dish. Not often do you find prawns done in tartare style, nor the use of tiger prawns in the raw form. Although not as sweet as say botan shrimp, the tiger prawns delivered in terms of their robust size, giving a really lovely bite, as well as being generous in portion. Only thing I didn’t quite agree with was the coconut milk, which seems to be a bit too in your face as compared to all the other milder flavours. 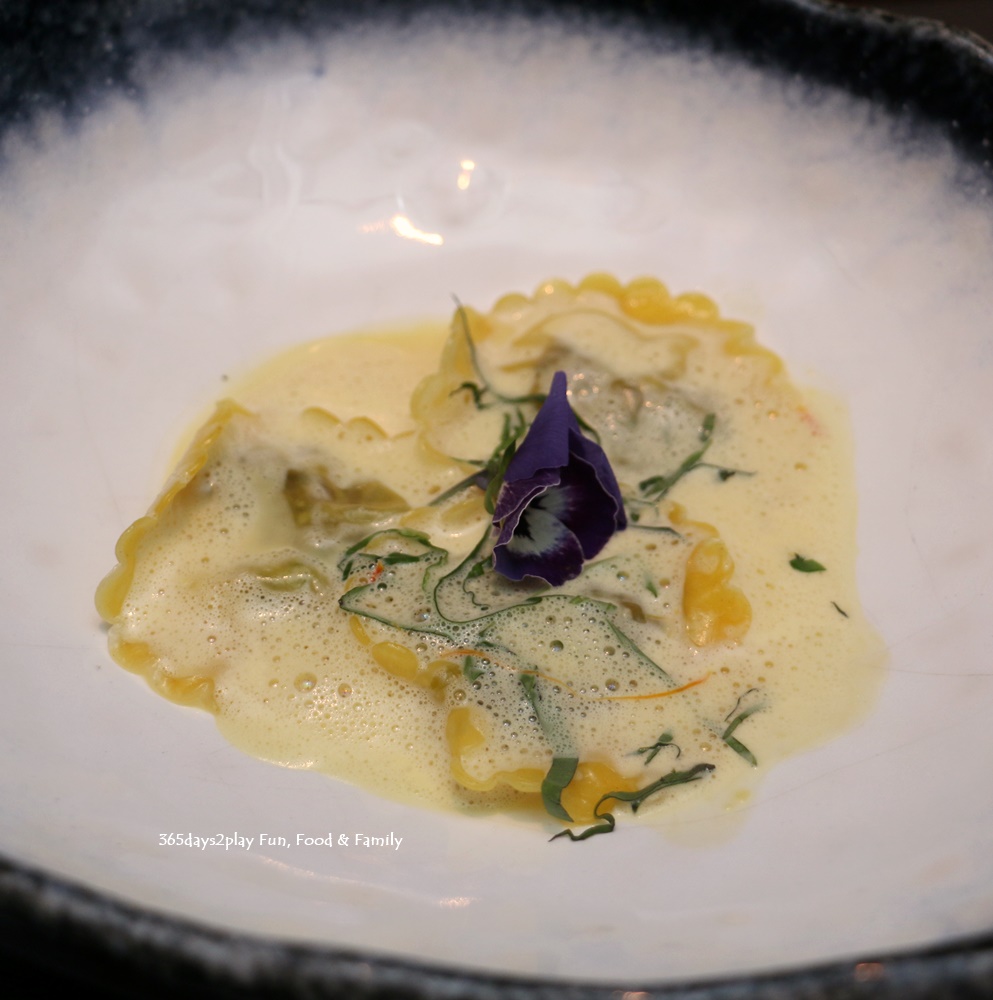 I always say, escargots should be enjoyed simply baked/fried with lots of butter. So this to me was a pasta dish rather than an escargot dish, but what a beautiful pasta dish it was. The broth was simply tantalising, with a strong garlicy flavour, enhanced with lots of herbs. I wish I could have had a whole bowl of that. 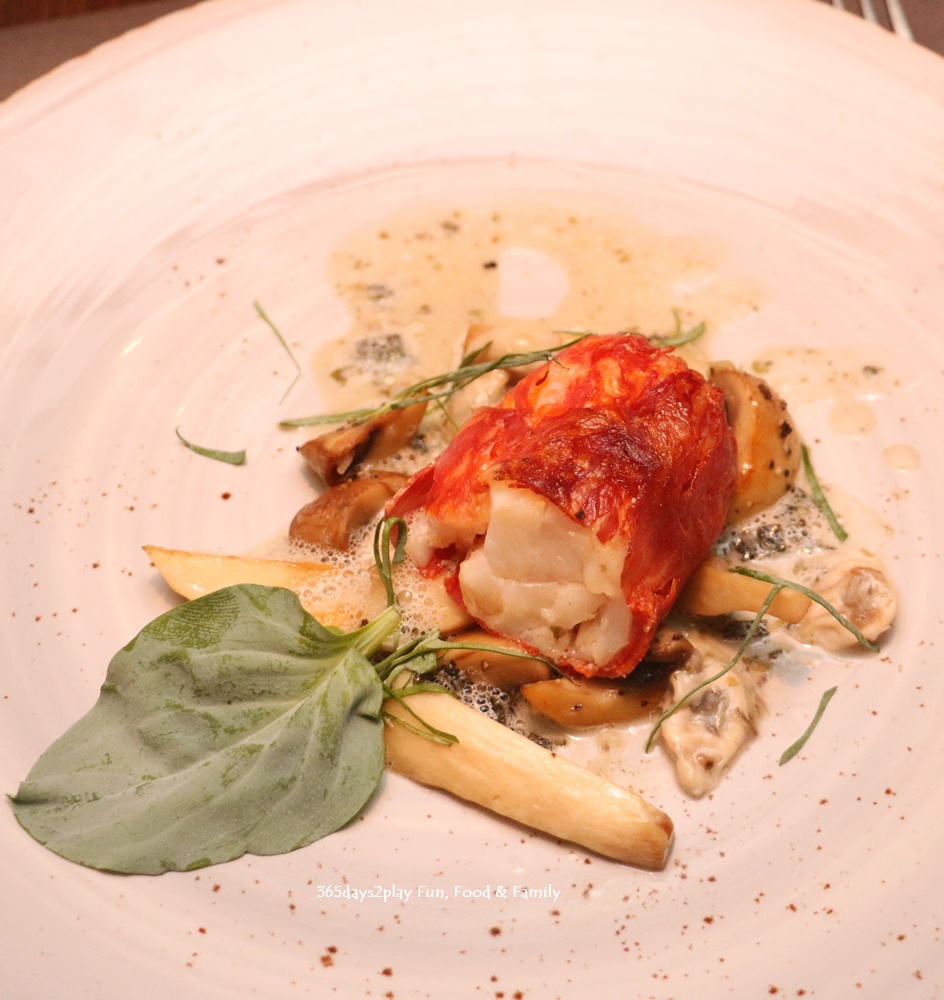 Some people may find cod a little mild tasting, hence the use of a thin piece of chorizo to wrap up the cod. Quite a novel idea too. 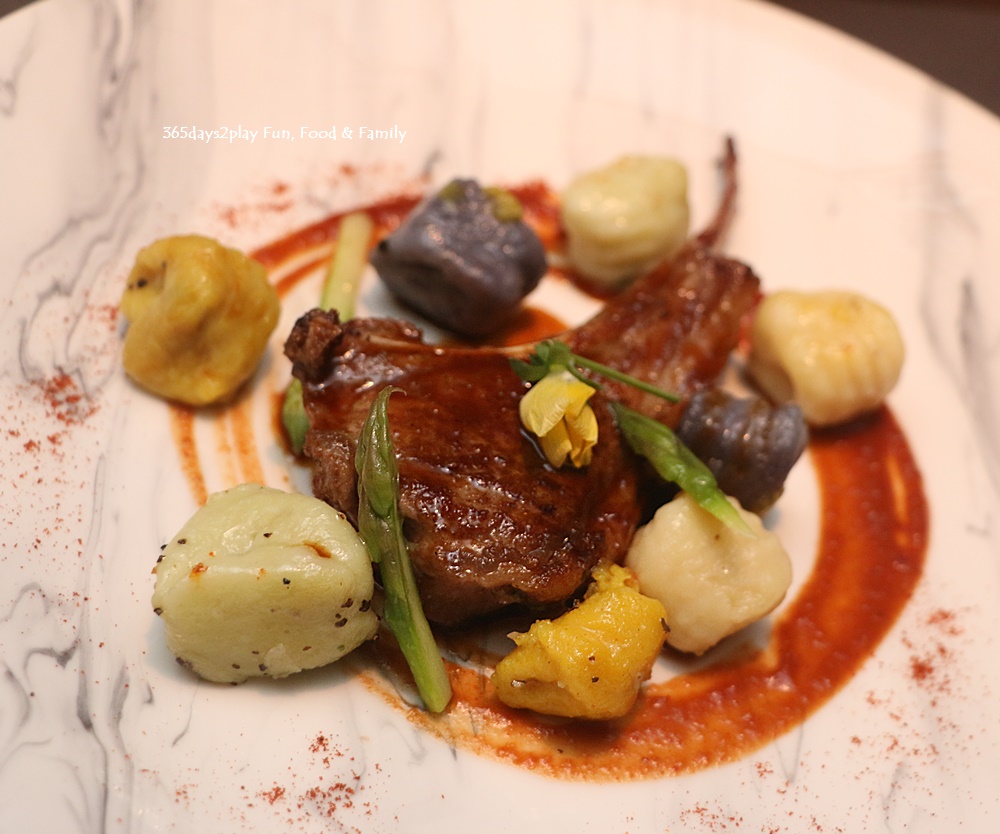 Supremely tender lamb and I love the use of cumin to give the marinade a spice kick. I usually love gnocchi, which is a type of ”pasta” made with potatoes, but they are rather plain on their own, and would need a sauce of some sort to boost their flavour. Not sure why Chef Durand chose to feature gnocchi here. 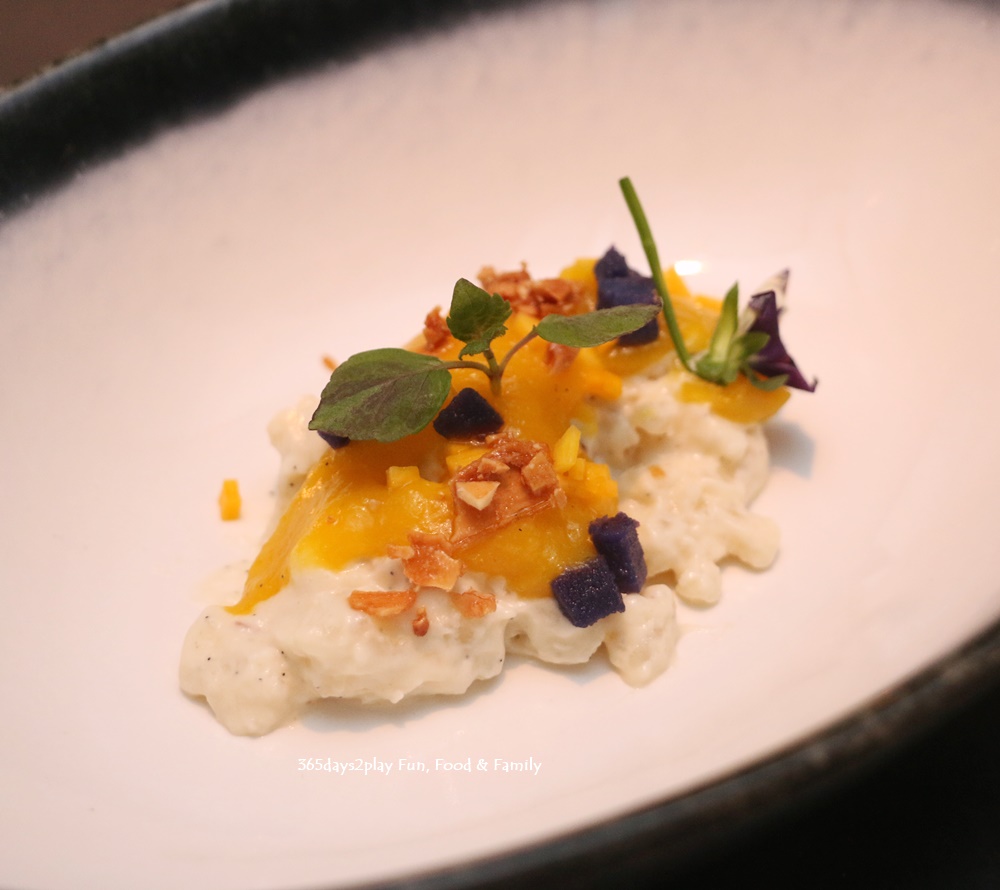 Most Chinese tend to run away when they hear rice pudding. I’m not quite sure why, perhaps we think that it’s weird to have rice as a dessert (it does feature in Malay desserts though)? Or perhaps it isn’t that common found and misunderstood. This is probably the best rice pudding I have ever eaten. I love that the rice pudding has a nutty bite to it, as opposed to being soft like egg-based pudding. The vanilla and almond milk flavours were delicious and I just wish it had all been slightly sweeter, then it would have been perfect for me. 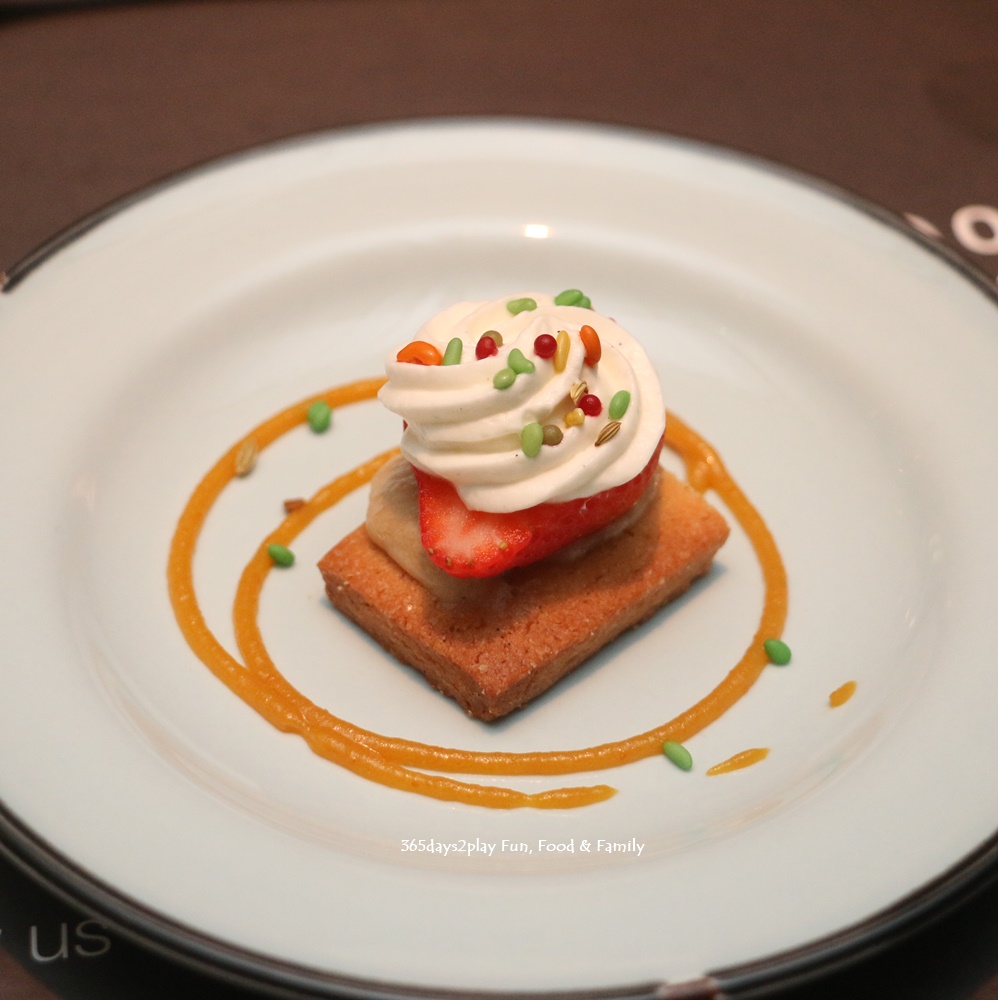 The only dish that didn’t impress me. Just felt like eating a piece of biscuit/cookie with toppings. 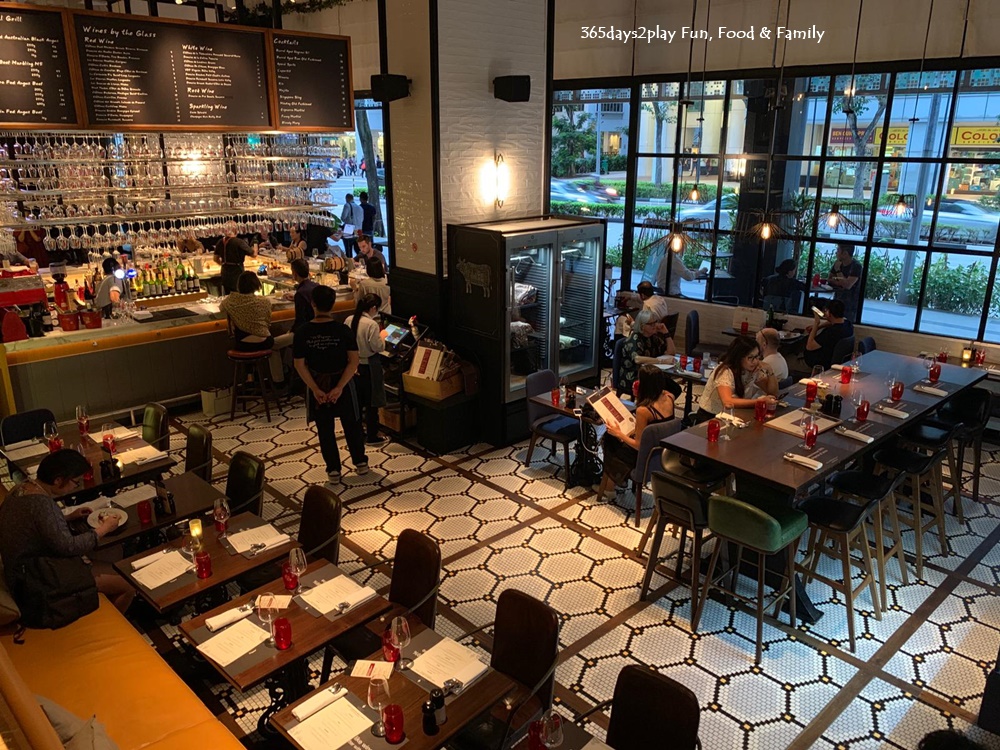 Beautiful space and there is also seating on the 2nd floor, which is where I took this picture from.