If you think that Grand Salads Bistro sounds familiar, it’s because of the Grand Salads bars located in Suntec City and AXA Tower, all owned by the petite and soft-spoken Israeli Michelle Kanner. Grand Salads Bistro offers salads and sandwiches on weekdays to the lunch time office crowd. However, on the weekends, which was when we were there, the bistro focuses on brunch/lunch items.

The brunch menu isn’t very extensive but we managed to each find something that we liked. The food is prepared by Michelle herself together with her helpers. The portions aren’t large, big eaters may need to order side dishes to share. You won’t find any deep fried food or oily food here. The dishes don’t make you feel like you’ve sinned. Instead, you get the light hearted feeling that you’ve done something good for your health for once. 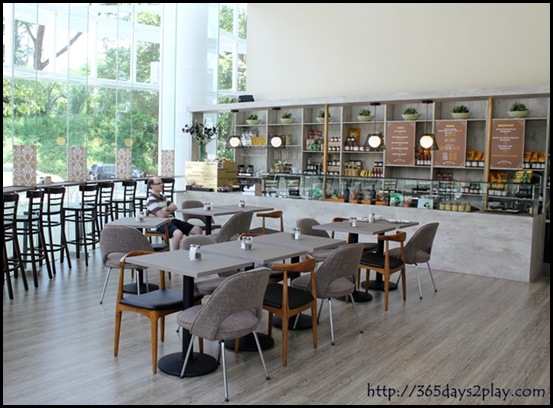 I really really really love the decor of Grand Salads Bistro. It looks like some New York styled deli! The place is bright and the high ceiling gives the feeling of great spaciousness. It helps that the bistro overlooks a lot of green shrubs. 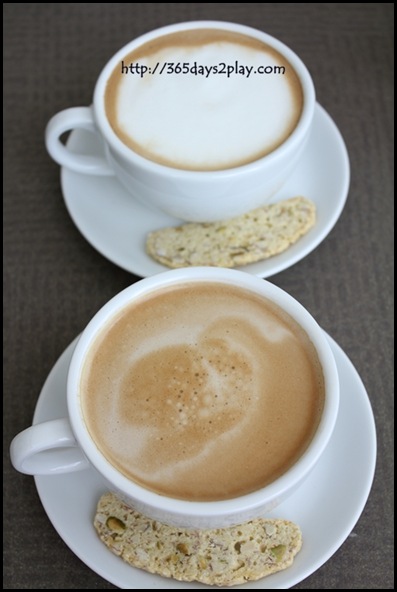 One latte and one flat white $4.90 — Nice coffee that came with a biscotti each

Bite selection of Mini Sandwiches, Veg & Dip, Quiche and Olives $12.90 — Love the vegetable quiche. We were thinking of whether to order a quiche on its own or via this platter here and quite regretted not getting a bigger quiche even though the accompaniments were tasty. I think most Singaporeans would not be accustomed to eating olives, prunes and chickpea puree aka hummus for breakfast, but it is a refreshing change. I love olives dearly, and I can’t understand why the Partner doesn’t, even though he loves olive oil. But whatever he doesn’t like, is a extra bonus into my mouth. Yes that little bowl there is a bowl of garlic. We polished it off wholesale. 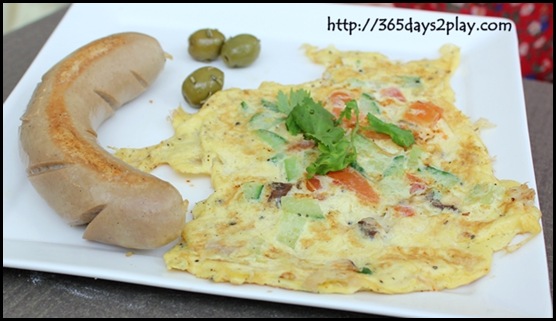 Buenos Dias (Mexican Breakfast) $12.90 — Traditional Mexican omelette with tomato, mushroom, onion, peppers and cheese, with premium veal sausage. The veal sausage we were told was organic and imported from New Zealand. You can’t find this sausage in Jason’s supermarket! Really tasty, juicy and cooked with just a tinge of char. Grand Salads Bistro should consider having a sausage dish on its own! Omelette was also nice and light tasting with all the diced veggies in it. 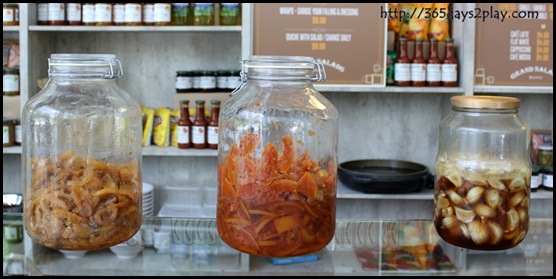 Michelle’s really into making her own fruit chutney. I can’t remember what they all are, I think grapefruit was one of them, and of course the garlic in the jar on the right. If you’re nice, she might just give you some to try! 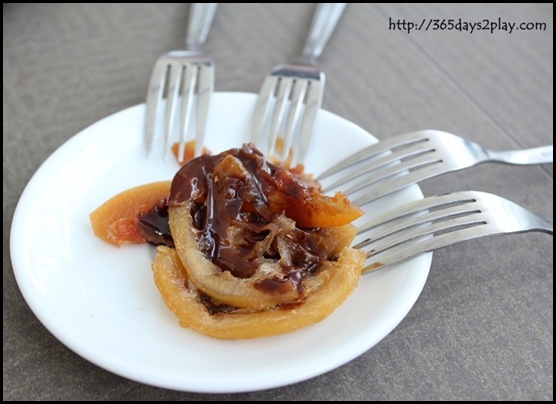 You either like it or you don’t! I loved it, sour zing and all! 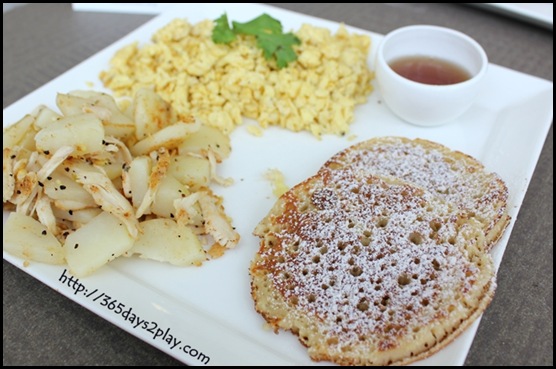 Good Morning America $12.90 — Two pancakes and 2 eggs served with crispy corned beef hash. The pancakes were nice with the syrup. I don’t know if I quite like this combination though. I think the potatoes didn’t quite go with the pancakes. The eggs were also a little too finely diced, and cumbersome to eat. I should have asked for sunny-side-up.

Kalimera (Greek Breakfast) $12.90 — Scrambled egg with feta and tomato on pita bread with signature hummus. My father was adventurous and ordered this even though I think he’s never tried hummus before, at least not in such a large quantity. The hummus went well with the pita bread. The eggs were also chunkier here which made for easier eating. This would definitely delight a vegetarian but it is a little on the light side. Wasn’t full after eating this. 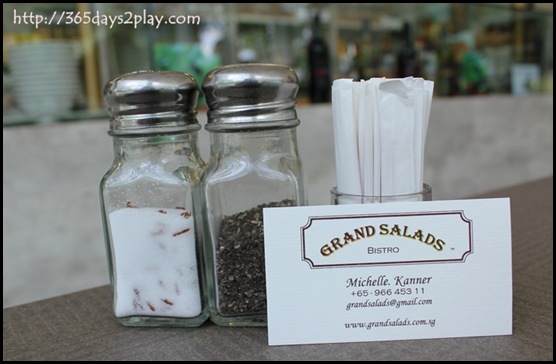 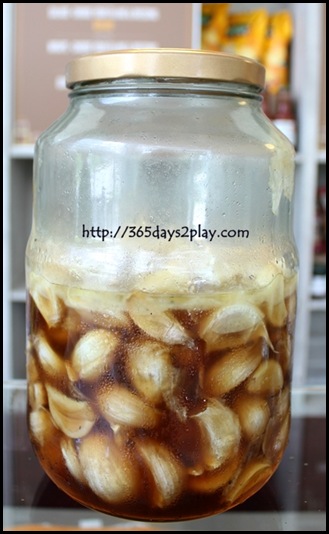 Mmmm good stuff… I know this looks scary, but it’s actually quite tasty, a little like eating garlic mashed potato 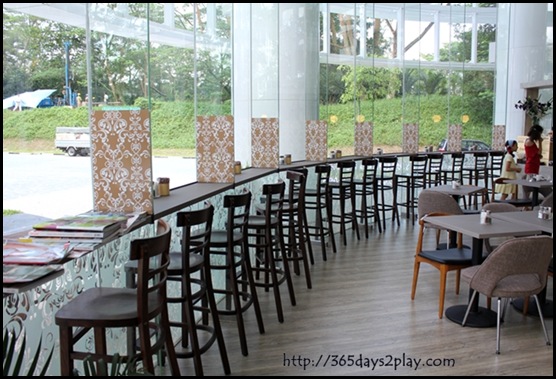 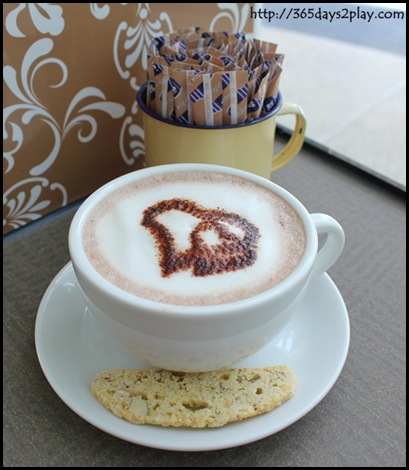 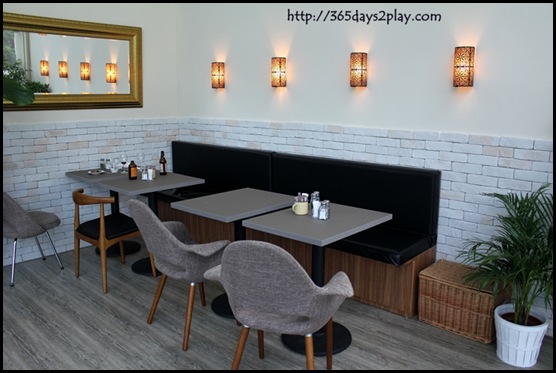 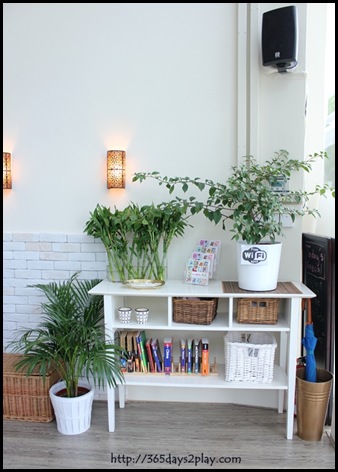 Magazines and Lonely Planet books to read. Free Wifi! I never used to bother about free WiFi in Singapore because I have my iPhone data plan. But in Norway, I had to rely on free WiFi in order to keep connected to home. So now I am appreciative of places that provide free WiFi. 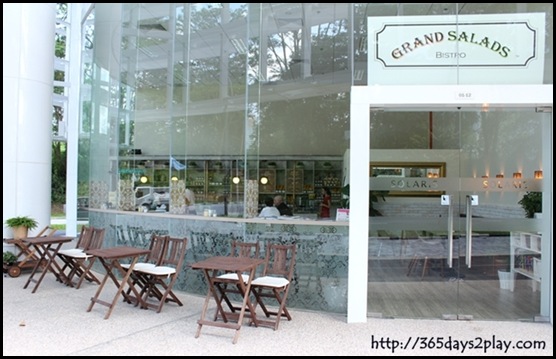 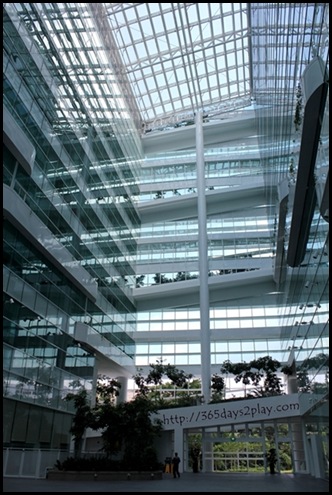 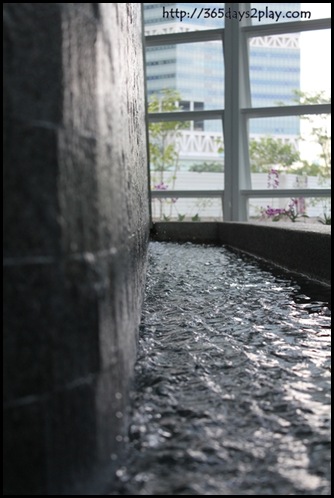