Previously, it was quaint and delightful to be able to chance upon new cafes located in off the beaten path locations, the more hidden, the better. But sometimes, you just want a cafe conveniently and centrally located for days when you just canâ€™t be bothered to travel so far. One such cafe comes to mind, Roosevelt Cafe situated at Dorset Residences Hotel, just outside the Outram MRT station exit (NE Line). The location is quite hard to beat, but in the several times that Iâ€™ve been there, itâ€™s never seen a full crowd, which is a pity in my opinion. 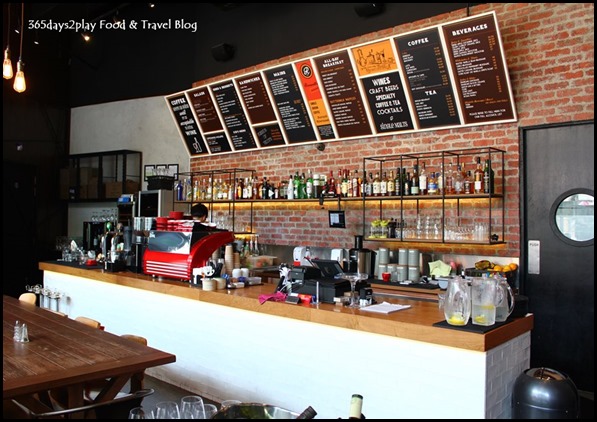 Well the fact that Roosevelt cafe is not on most cafe hopperâ€™s radar, is also the reason why I love being able to spend quiet afternoons at Roosevelt, sipping my cuppa without having to worry about knocking into the neighbouring dinerâ€™s elbow, or having someone breathe down my back in the hopes that Iâ€™d vacate the seat faster. I like the tasteful decor at Roosevelt too. It has a bit of a motoring theme, but thankfully no more of that nostalgic old school decor, which frankly is getting so common itâ€™s almost irritating.

I also like it that Rooseveltâ€™s menu is quite wide, with choices ranging from various permutations of eggs benedict, to waffles, to pastas, sandwiches and mains. I donâ€™t know about you but it sucks whenever I encounter a cafe with like only 2 items on the menu. 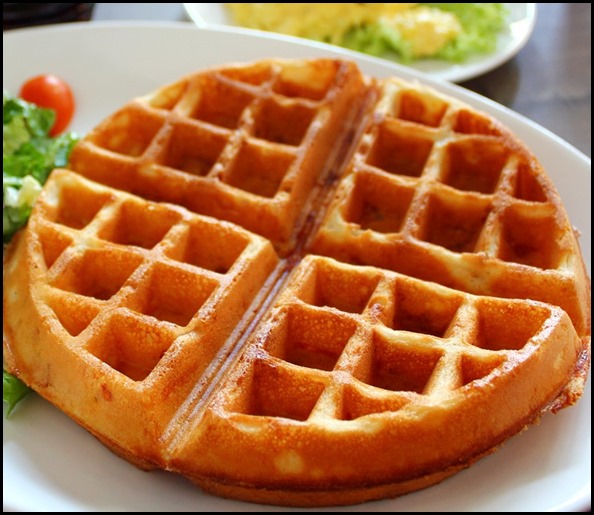 Roosevelt has a nice lunch deal going on where if you get the sandwiches or the mains, the coffee is on the house. Itâ€™s not just the black coffee, but also all the coffees in their menu such as lattes and cappucinos, without any additional cost. So for something like $12, you could get lunch and coffee, quite a decent deal I must say.

This waffle was what I had for lunch on my very first visit to Roosevelt. If youâ€™re a fan of ham and cheese sandwiches, you have got to try this ham and cheese waffle! It was really good as the waffles imparts a slightly caramelised and sweet flavour as compared to just plain old bread. I must admit I was slightly shocked when this arrived at the table, because I was expecting the ingredients to be piled on top of the waffle, but aesthetics aside, I enjoyed my lunch very much. This is one naked looking waffle that packs a hidden punch. 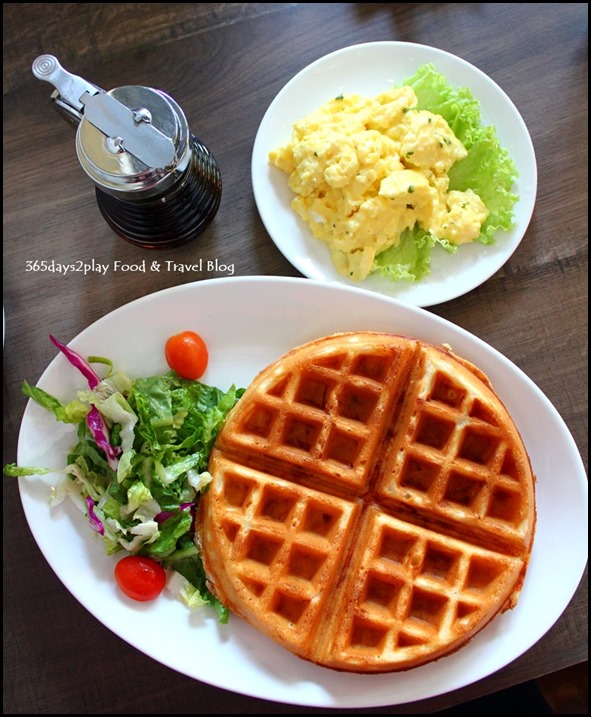 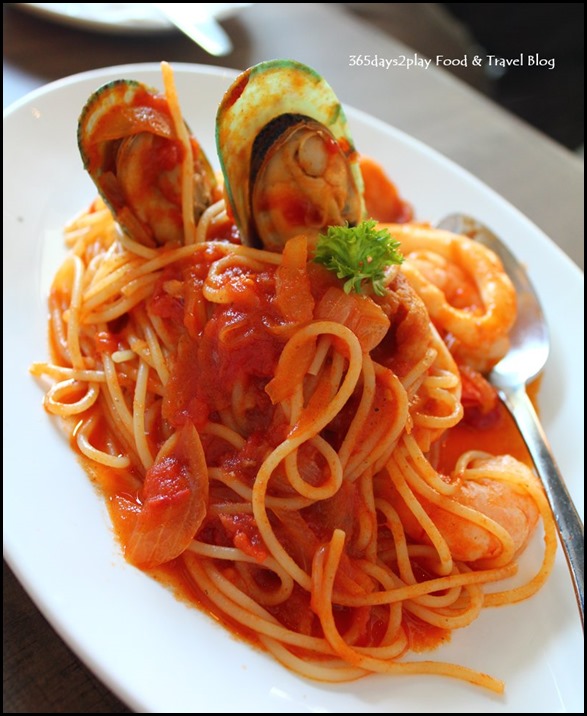 This was what my father ordered, which was simple and good. 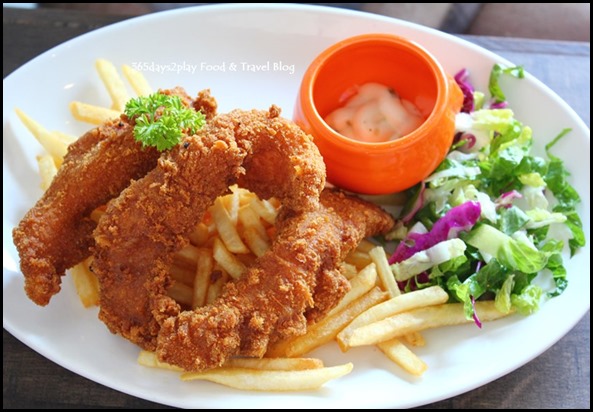 The Partner ordered this. The pricing was slightly steep for 3 average sized fish. But thankfully taste wise, the fish was flaky, piping hot and encased in a moreish crispy breadcrumb batter, and went well with the lemon garlic mayo on the side. 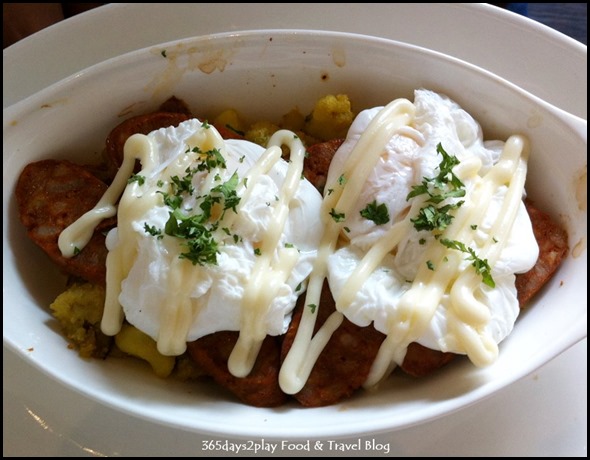 My colleague ordered this during a subsequent visit. I think he found the eggs a tad small. He did like the chorizo and the smashed potatoes beneath. But personally, I think with eggs, you need something like bread or waffles to soak up the delicious yolk. Mashed potato in my opinion is not that great a vehicle, although it is still welcomed as a side dish. 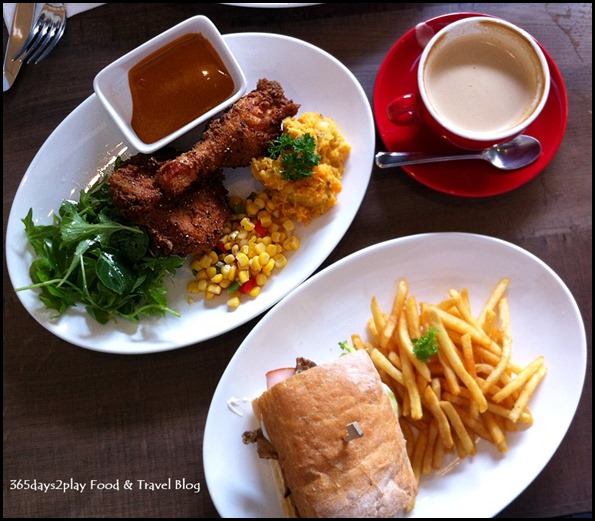 Top left of the picture was the Southern Fried Chicken $18 that another colleague ordered. When the dish arrived, it smelt so damn good I felt regretful for not choosing this instead! The skin was crispy while the flesh beneath was glistening amidst the little tufts of steam, after being sliced. It was hard not to salivate at that!

I ordered the Pork belly cubano sandwich, which comes with molasses marinated pork belly, smoked ham and hot sauce. The pork belly was for some reason gristly at parts, but combined with the delicious hot sauce that is just slightly spicy, it was a pretty enjoyable sandwich. Fries were tasty and crisp too. 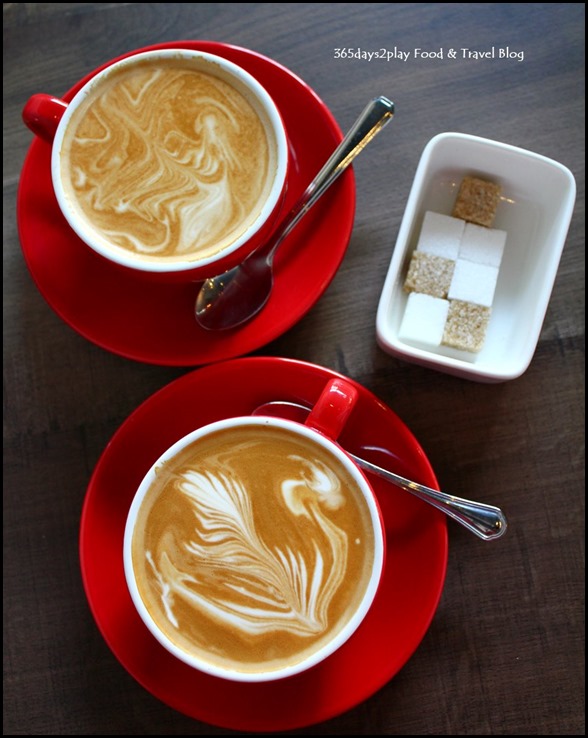 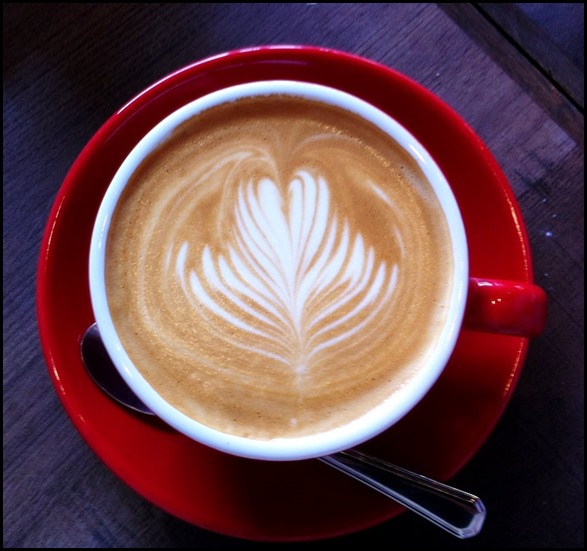 The first time we tried their coffee, we all thought that the coffee should have been much hotter. Although we didnâ€™t ask for a new cup, the staff recognised us on the second visit (because I returned like the next day) and made sure to serve us piping hot coffees. The cafe latte and flat whites we ordered were smooth and without any hint of bitterness, and just like any other coffee you find at 3rd wave cafes. Latte art is a little inconsistent as you can see from the picture, but Iâ€™m really not one to be too bothered about the art, as long as the coffee has substance. 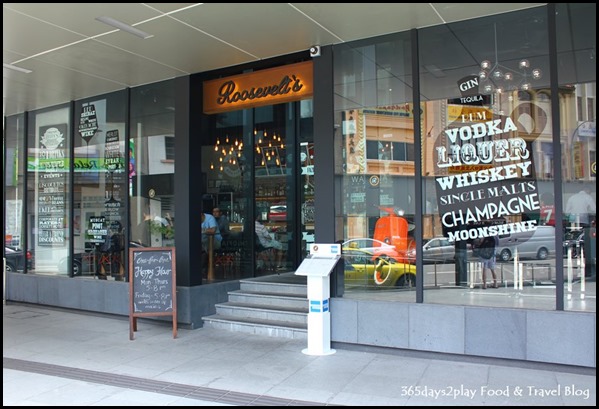 Be a friend of Teddyâ€™s to enjoy discounts on your birthday or when you dine with 3 other friends. Membership is freeeeeeâ€¦.

Check out other great cafes in Singapore!

Hay, have you been to Hay, Gelato yet? A whole bunch of ice-cream cafes opened up

If you love dining in Singapore’s parks and gardens, or love being in lush green spaces,