I have always been a bit apprehensive about purchasing durians. During my younger days, my father would be the one to procure the durians. It was a pity he did not take me along, but I guess he would simply purchase from his favourite durian shops or sources in Geylang. I have never purchased durians myself and would be totally clueless as to the correct price to pay so as not to be ripped off. Not to mention that good durian stalls are usually not conveniently located. 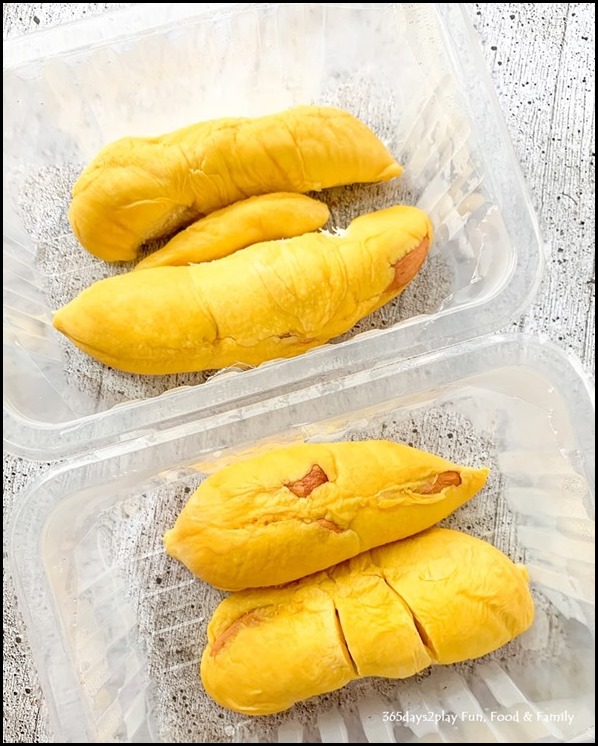 Lately, I was asked to try out 8 Durian, and online purveyor of the King of Fruits. They have their own durian plantation in Pahang, where fresh shipments of durians will be delivered to Singapore twice a day. In a way, I was relieved not to have to face any rough and tough durian seller. Just click click click online to choose my durians. It may not be the cheapest around, but I like the fact that I don’t have to haggle.

The two biggest perks of buying online is that firstly the durians have been de-husked. I would have had no idea how to de-husk a durian myself, and I appreciate that this convenience has been provided to me. My father would chop them open with a cleaver, but let it be known I do not have such an implement in my abode. And the 2nd perk, a perk that was not initially on my evaluation list, is that the durians were sealed in an air-tight container. Given that my husband abhors durians and can smell them from a mile, it was really nice to have the durians in an air-tight container that I could store in the fridge without causing World War 3. 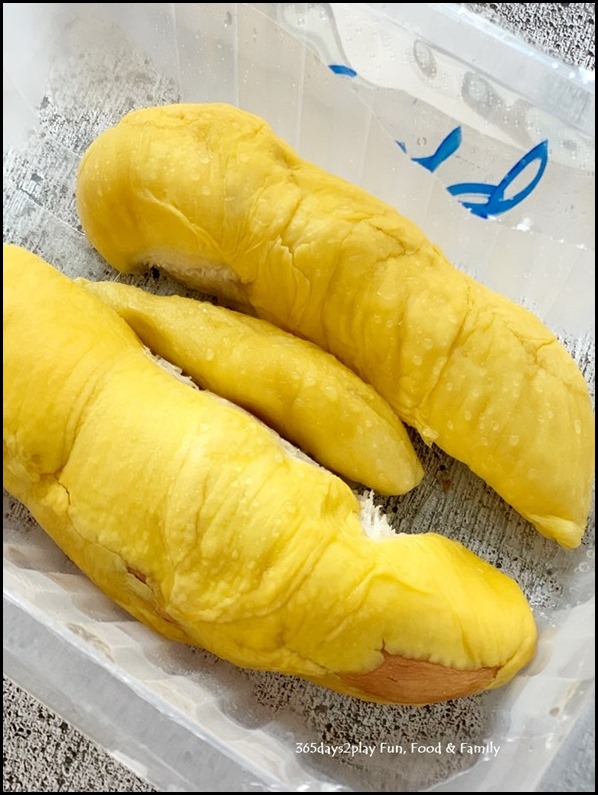 Taste-wise, I am no durian connoisseur as you can tell from the above, but I thought the durians were nice, tasty and fresh. If there’s one area for improvement, that would be that the size of the boxes should correspond to the amount of durian provided. The boxes were rather large which gave me the feeling that there was very little durian. I did weigh the durians, and as guaranteed on the website, each box did come with approx 450gm of durians. 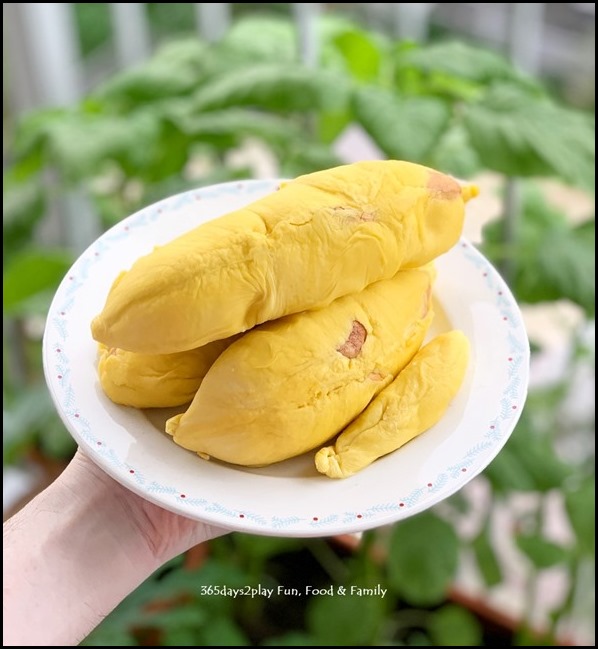 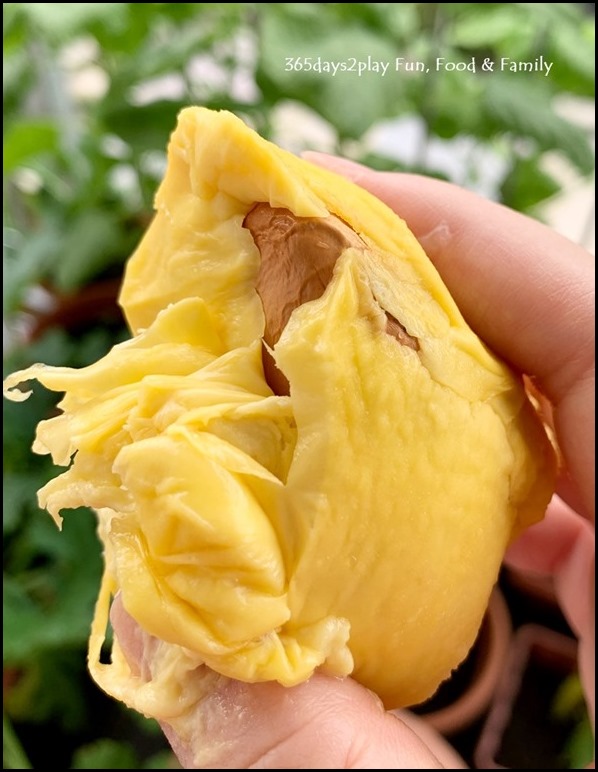 Thank you 8 Durians for gifting me the durians for this review.