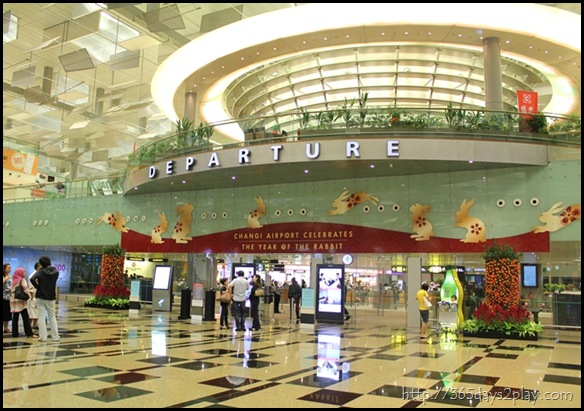 All decked out for Chinese New Year, Year of the Rabbit 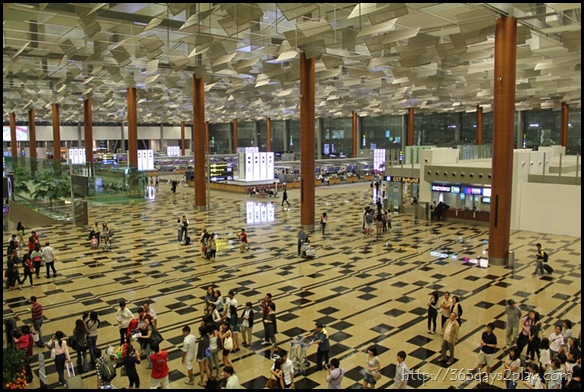 Pretty crowded for 10pm. Yes this is considered ”crowded”. Compared to the sardine packed buses, trains and shopping malls, is it any wonder why Singaporeans like coming to the airport? It’s a place to get away from the hustle and bustle of town! 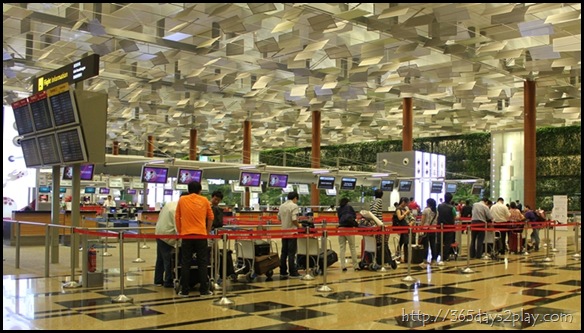 Passengers lining up to be the 1st to check in. It does suck a little if your flight’s at 2am. Several years ago, my intern had a 5am flight. My neighbour and I accompanied him from 12midnight all the way until it was time to go through immigration. That was the only time I ever walked from 1 terminal to the other as the SkyTrains were off operation.  That was before Terminal 3 was opened. We had to walk through the carpark as well as an open air bit through a tiny manicured garden. Now, it may actually be possible to walk from Terminal 3 to Terminal 2 via the MRT station. But unless it’s the wee hours of the night, use the SkyTrain. 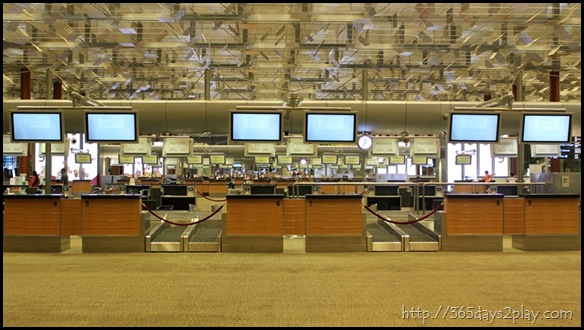 Most of the counters were closed. I wonder if these counters are ever used. Terminal 3 is so massive there’s still space for more airlines to hop over to Terminal 3. 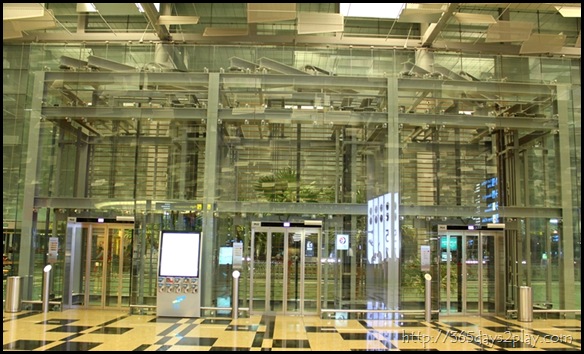 Even the lifts look swanky 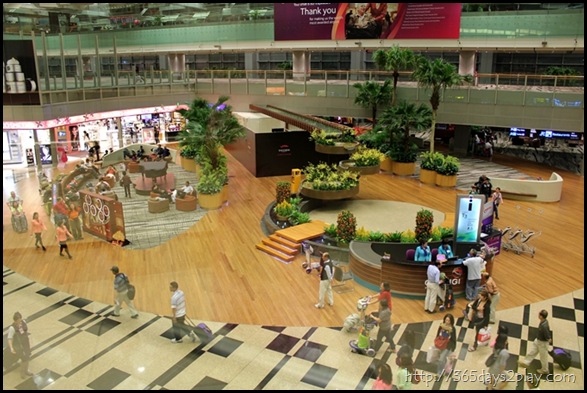 Me perving at the people in the Transit Area. Photo is slightly hazy because it’s taken through glass. Looks like Fauchon is going to open a cafe at the Transit Area. I would love to have a cuppa there. It’s one of my favourite tea brands, if not my most favourite! You can get Fauchon teabag and tea leaves at the basement of Takashimaya, but there’s no cafe to be had. 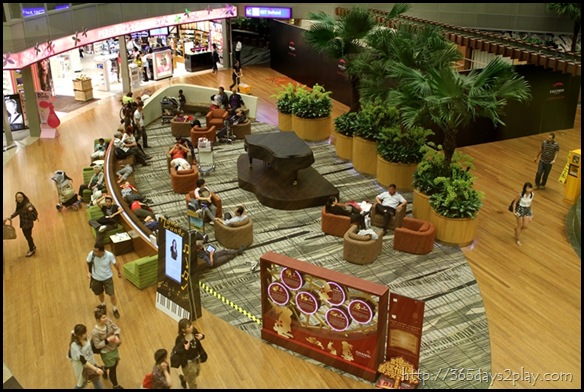 See what I mean when I say it’s nice to be stranded in Changi Airport? The seats are comfy, the floors are largely carpeted. Lots of free internet stations, free wifi, free local telephone calls. Coffee and tea at the coffee shops for less than 2 bucks. This seating area has a grand piano. There are numerous other spots around, including one that is football themed. 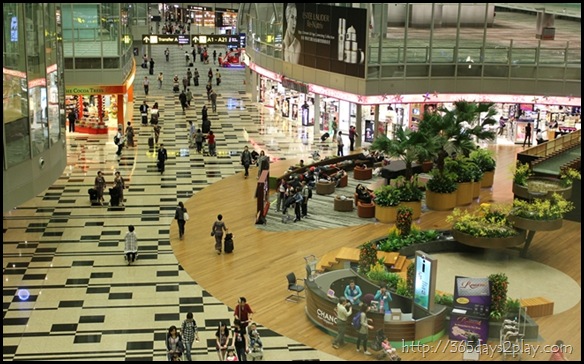 There’s the information counter at the bottom right of the photo. Staff are extremely polite and eager to help. Certainly not like what I encountered at a London Tube Station, which I like to tell everyone. I asked the girl at the information counter what the difference was between the $4 ticket and the $7 ticket. She told me the difference was $3?!?! 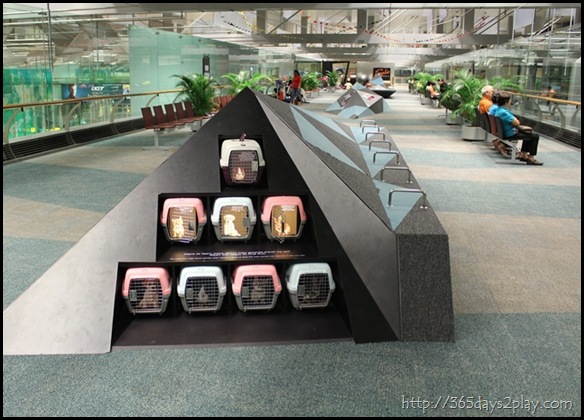 Changi Airport Terminal 3 also has a Changi Aviation Gallery in the public area 3rd floor. Nothing spectacular but I guess the kids will love it. 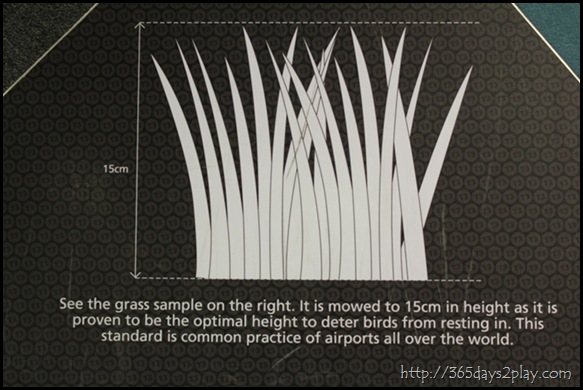 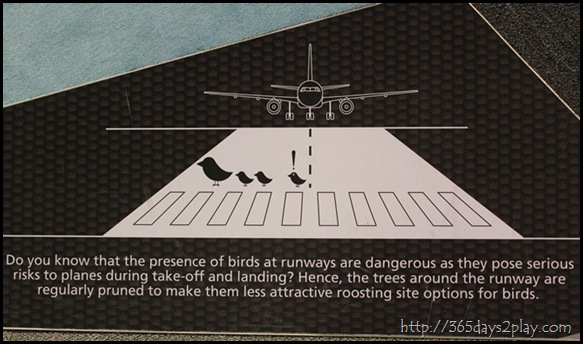 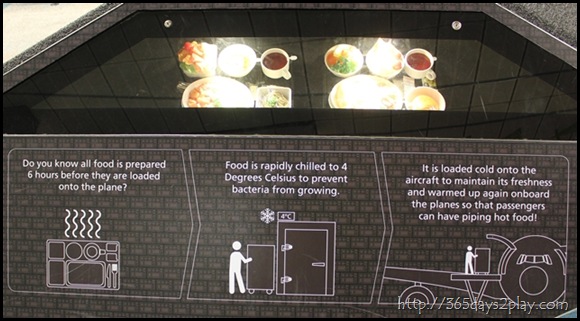 I should know. I used to work for a stint at the Airport Catering Centre when I was a student. It was great fun, especially when I found out there was a worm chart. Yes you heard me right. Someone out there tracks the number of worms or creepies that are reportedly discovered in the meals served on board. 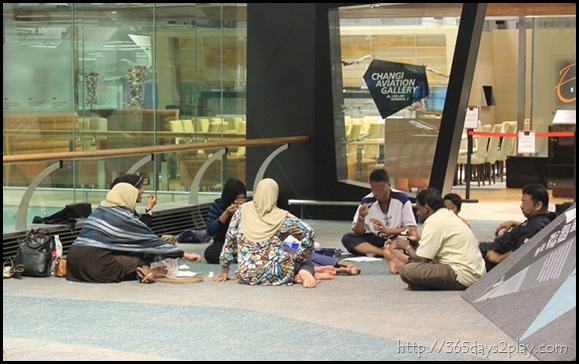 Bet you would not see this in any other airport. Families coming here to enjoy the facilities and have a game of cards. 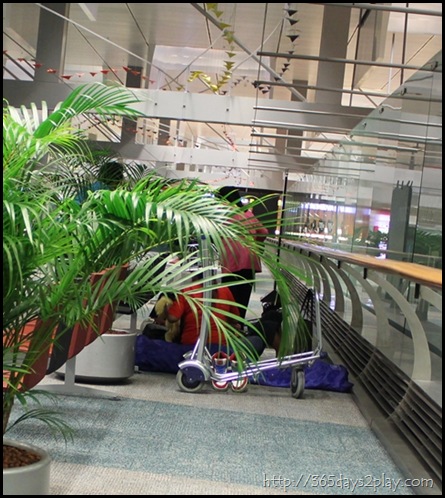 To be frank, even I was shocked to see this! This whole family complete with at least 2 kids were camping out here with their sleeping bags! If I were a kid, I would surely find it immensely exciting!! 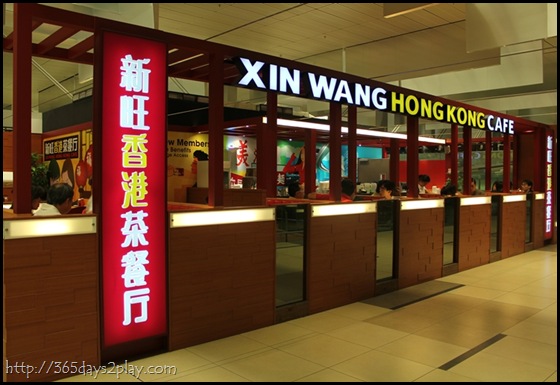 Xin Wang Hong Kong Cafe is right next to the Changi Aviation Gallery. Think it’s open 24 hours so there’s no fear that you’d go hungry. One could literally stay in the Airport for several days and not leave. 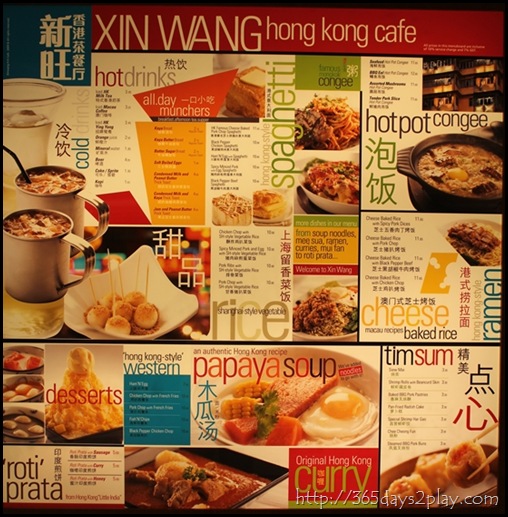 Read my other post on What to do at Changi Airport

For more information on Changi Airport, layout map and directory of shops and eateries, visit the Official Changi Airport Website.