Ok I was trying to get more “B’s” into the heading. It is correct though. If you’re planning to make a truckload of Chinese New Year cookies, now’s the time to stock up on your butter! I was at the Shop n Save supermarket today (people go window shopping at the malls, I do it at the supermarkets) and a number of butters are on discount! 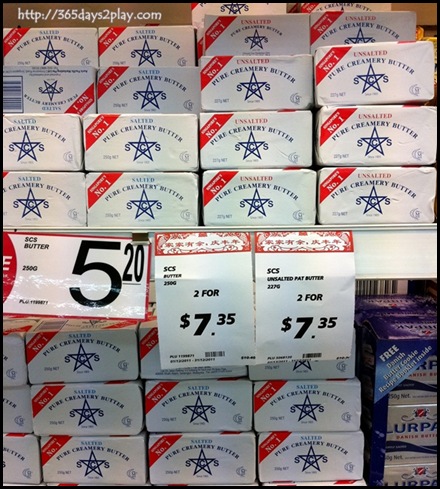 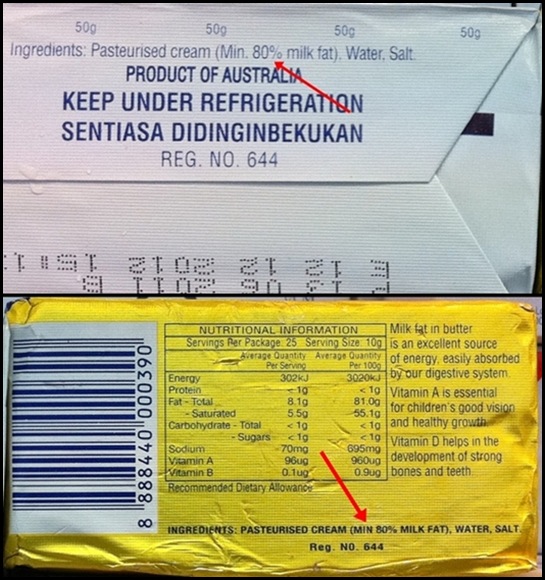 Some people say that SCS butter is the best because of the higher butterfat content, which makes for richer cookies and cakes. I tried making cookies using SCS butter vs another brand, and that statement does seem justified. While rolling the cookie dough, the dough made from SCS butter just seemed to be oilier in my hands. However, when you look at the actual ingredients listed, SCS butter doesn’t contain more butterfat than others!

The picture above compares the SCS Butter (white packaging) vs the Cowhead Butter (Golden Packaging). You can see that both state a minimum of 80% milk fat. I am assuming here that if your butter contains more milk fat, you would naturally want to state so for marketing purposes. So since both butters only indicated 80%, I have assumed that the butters have only 80% milk fat and no more. So, SCS butter is no better than Cowhead Butter!

So, why do I bring this up? Because Cowhead Butter is going at 2 for $5.75!!! That’s equivalent to about $2.90 per 250 grams! After scrutinising all the various brands of butter in the supermarket, Cowhead Butter seems to be the cheapest at $2.90/block. I went ahead to buy 2 blocks of it today!! And I’m contemplating more…. 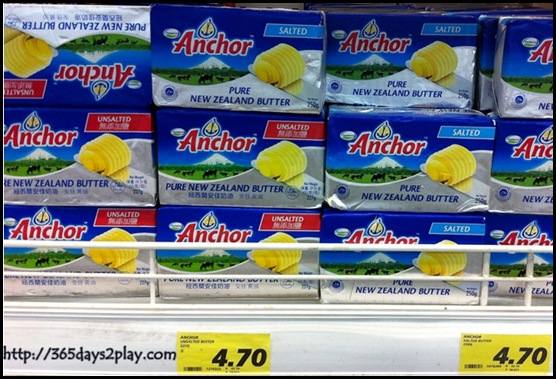 Anchor used to be my favourite, as it is the only butter from New Zealand. It used to cost less than $4, but with milk prices escalating, $4.70’s no longer a price I’m willing to fork out. A year or so ago, you could get WestGold butter from New Zealand in Singapore. For some reason, it cost only $2.50! I checked the ingredients, naturally, and they were exactly the same as that of Anchor butter, so I was a firm supporter of WestGold Butter until it mysteriously disappeared, as mysteriously as it appeared to begin with. 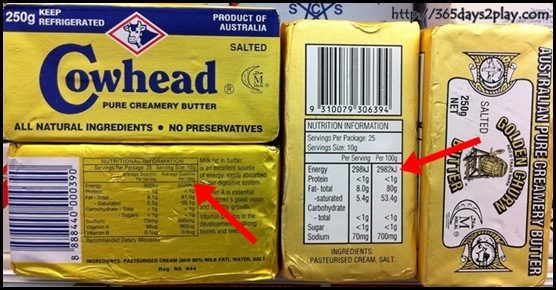 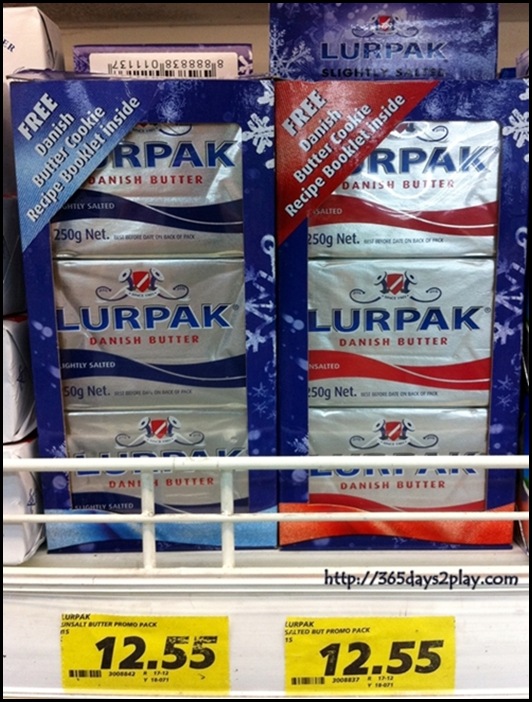 You know what, if you’ve always been hankering after the European butters, now’s also the time to buy them! Lurpak is on massive discount! 3 for $12.55 which is equivalent to $4.20. The usual price is $6! Danish butter…..mmmmm! Get me some hot toast right now! 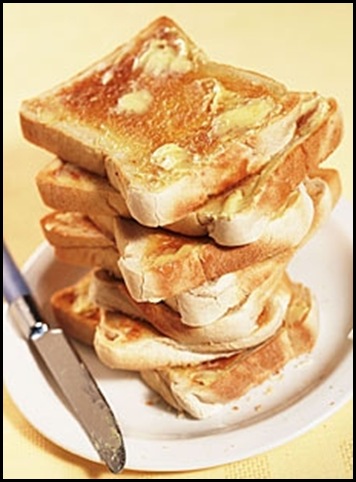 Got this picture and line off this website. TOAST IS A VEHICLE TO TRANSFER AS MUCH MELTED BUTTER (SHORT OF DRINKING IT) TO YOUR MOUTH AS POSSIBLE. Seriously, how apt is that??? Why is there no bread in my house right now??? 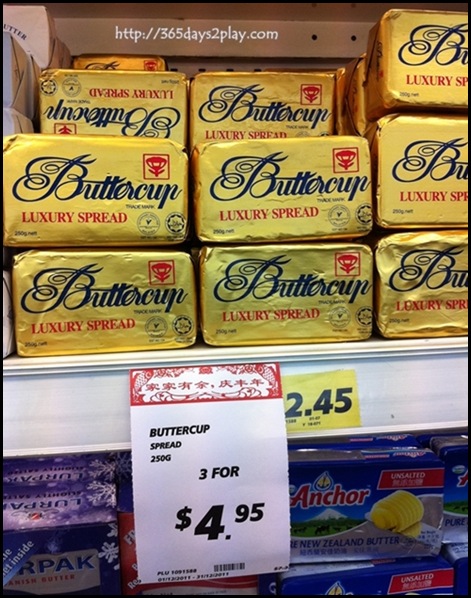 But whatever you do, do not mistake Buttercup Luxury Spread for butter. This luxury spread lists Palm oil as the 1st ingredient. Not very luxurious if you ask me. That’s the reason why Buttercup would be so cheap as compared to the other dairy butters.

Now that you have the low down on butter, go forth and bring those butters back. Be sure to drop me a comment if you do so!

Reflections on the last day of 2011