Attended Far East’s Media Party held at Oasia Hotel opposite Novena MRT yesterday. It was a blast and I really enjoyed myself!

Far East Hospitality operates the largest hospitality portfolio in Singapore, comprising of 8 hotels and 9 serviced residences. Heard of Orchard Parade Hotel, Village Hotels and Quincy Hotel? Those are all under Far East Hospitality. And of course Oasia Hotel, which I will blog about in the next post.

Yesterday was the launch of the new StayFarEast.com website. With the launch, the group is offering 40% off its Best Available Rates with a minimum of 2 nights’ stay from 1 September 2012 to 3 March 2013. Bookings must be made between 28 August and 3 September 2012.

But for me, the highlight of the evening had to be dinner, served up by the various Kitchen Language Restaurants. Did I mention that Kitchen Language is the F&B arm of Far East Organization? Cold Stone Creamery, KUMO, OChre, SALTA, SPRING JuChunYuan, Saltwater Cafe, Zaffron, Quiznos Sub and Tully’s Coffee are all operated by Kitchen Language.

All the food tasted fantastic, so I won’t comment too much but to let the pictures do the talking. 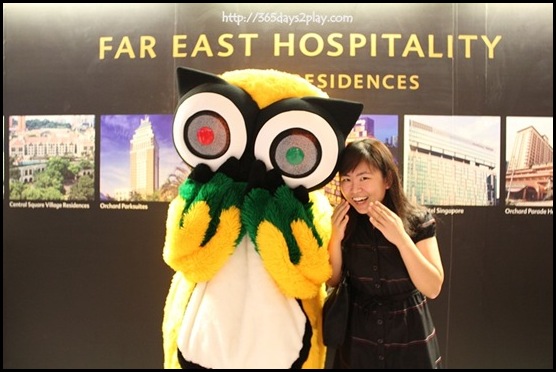 Far East Hospitality has won awards from Trip Advisor so the Ollie the Owl was here to lend support. I’m not too sure why he seems to perpetually have a shocked look. Maybe he’s shocked at the rock bottom hotel deals out there…. 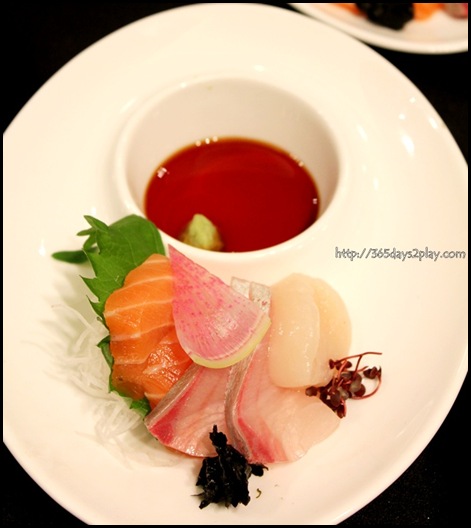 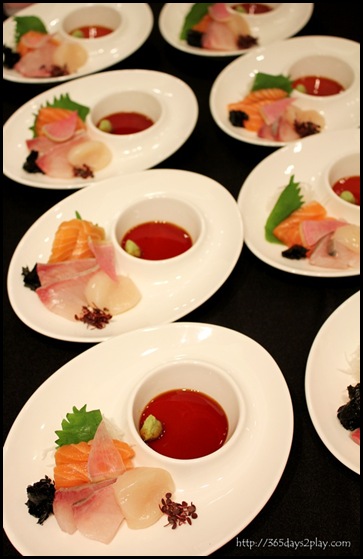 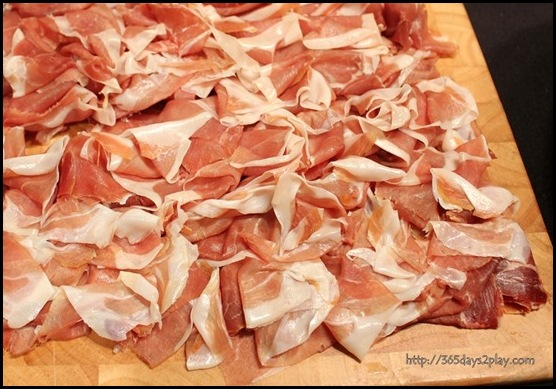 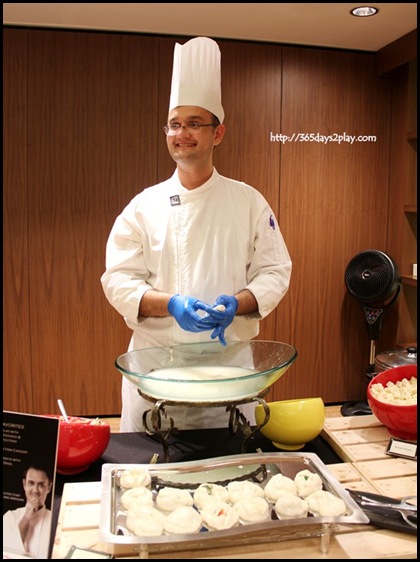 Buffala Mozzarella — This tasted SO GOOD, I was in high heavens! I absolutely adore buffala mozzarella. It may look like a lump of white pau, but trust me, the taste is out of this world. And the milky liquid in the centre, is like icing on the cake! Oh if only I could tar pow a few of these home! 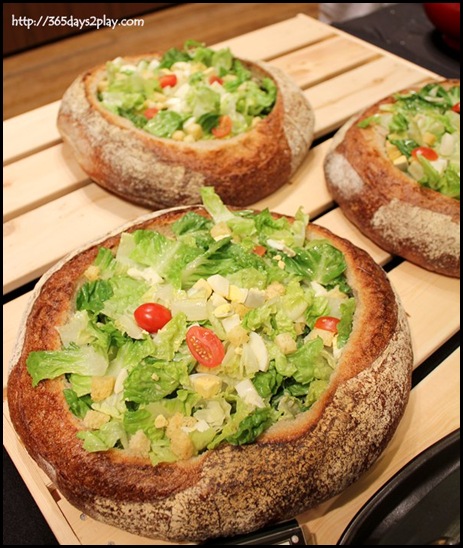 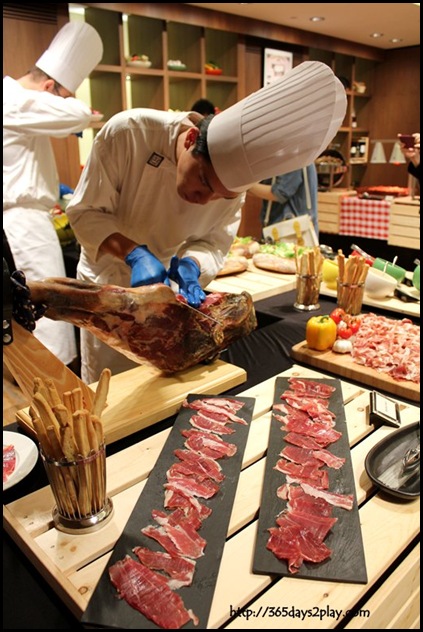 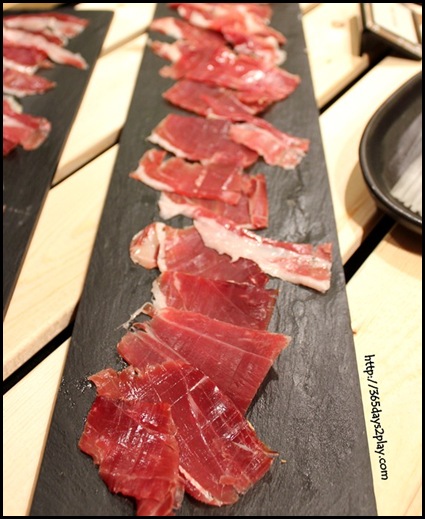 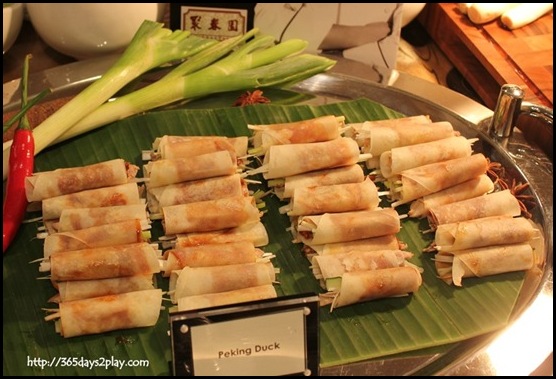 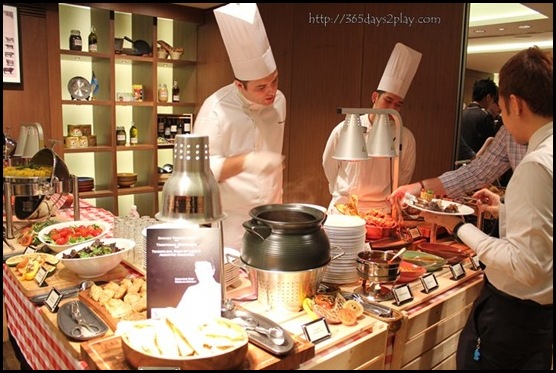 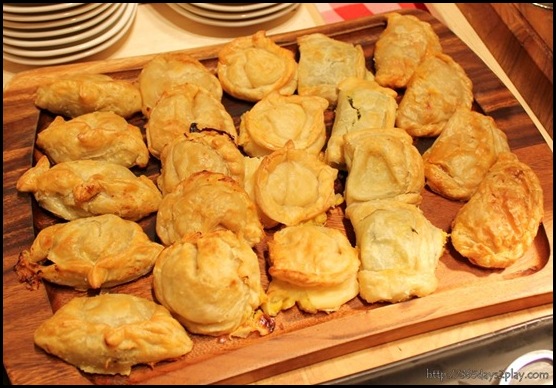 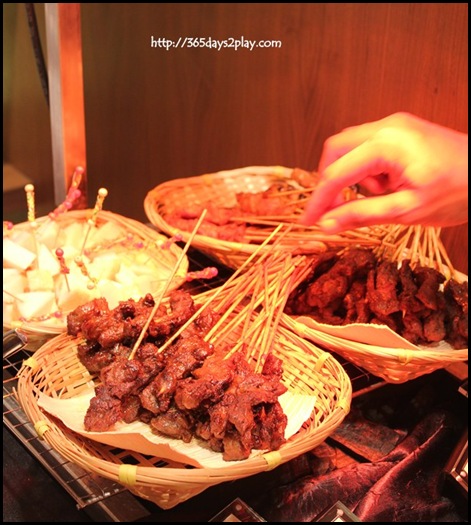 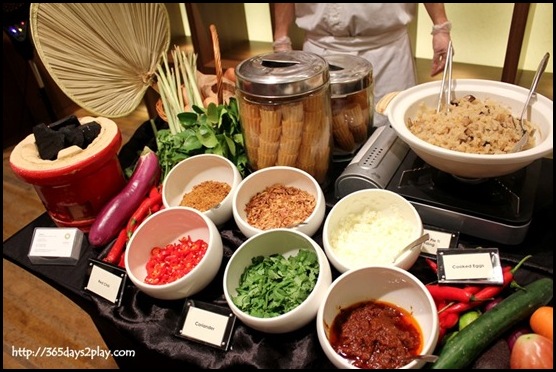 Condiments for the Kueh Pieti 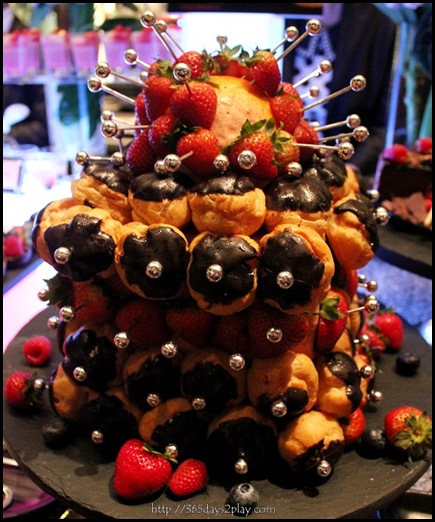 Nothing like a croquembouche to wow your guests I’m sure. I love the way they have studded it with metal looking toothpicks! 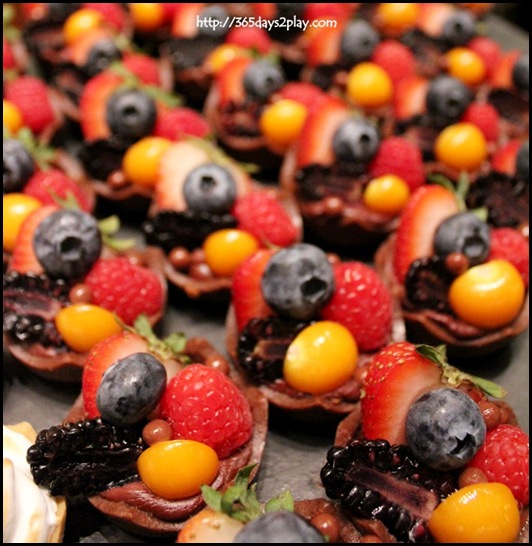 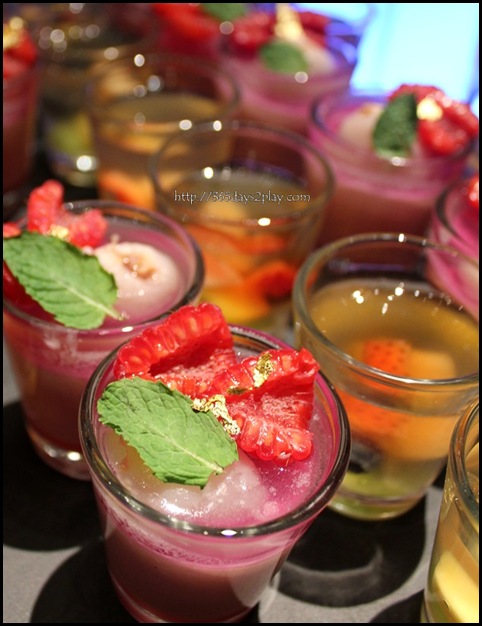 Lychee Panna Cotta — It didn’t have a panna cotta texture, and on the contrary tasted very much like yoghurt! Despite that, I still loved it, which was surprising cuz I am not that huge a fan of yoghurt! 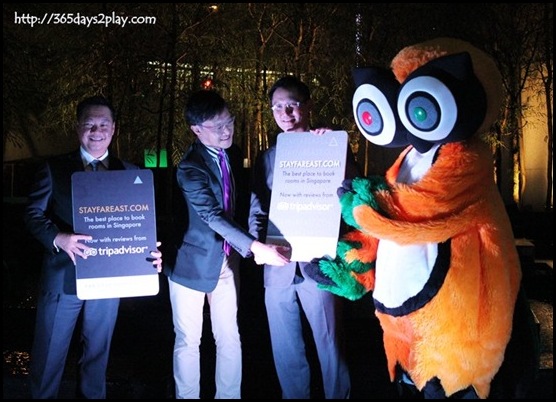 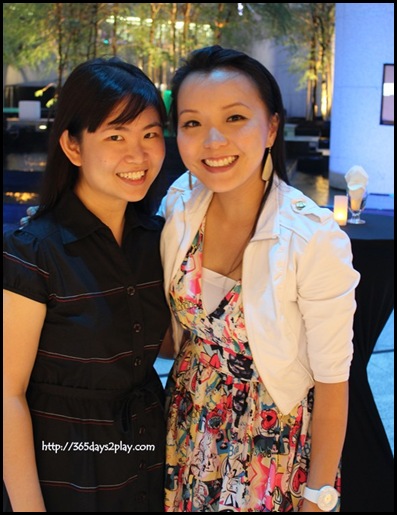 Me and one of my blogger friends Grace from WorkingwithGrace