Did you know that Tim Ho Wan has opened a 2nd outlet in Toa Payoh? Those living in the North can now have a 2nd option instead of squeezing with the crowd at Plaza Sing. In fact, I might as well announce the good news that Tim Ho Wan will also be opening a new outlet in the East at the upcoming Bedok Mall before Christmas.

I’m really looking forward to the opening of Tim Ho Wan in Bedok as well as the opening of Bedok Mall! We’ve long lamented the fact that Bedok did not have its own proper mall until about 2 years ago. Even then, Bedok Point is so small, 90% of the stuff at Bedok Point is F&B related! The entire Bedok Point does not even have a proper cafe serving 3rd wave coffee. And nope, Starbucks does not count. Anyway I digress.

I had the opportunity to check out Tim Ho Wan in Toa Payoh last month just before their grand opening. I’m glad to report the quality of the food has improved vastly! I was a little hesitant to accept the invite actually, after writing a rather stark piece the 1st time round. I didn’t want to have to write another negative post so I’m really happy that Tim Ho Wan’s standards have improved. 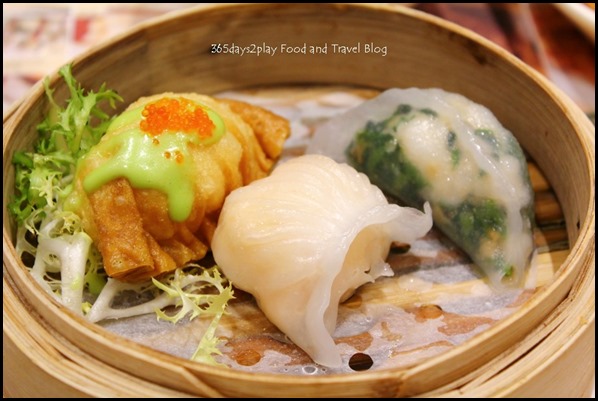 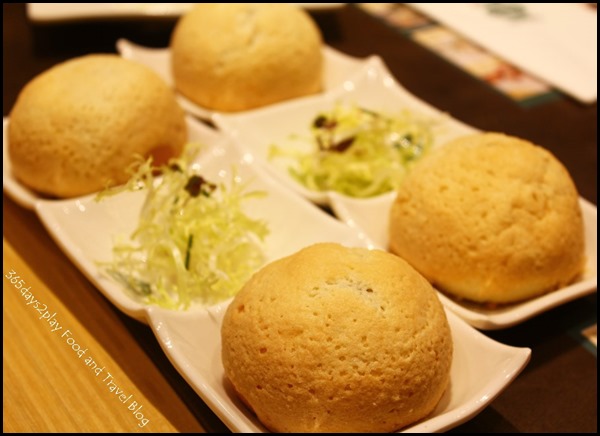 First of all, the famous Tim Ho Wan char siew buns have improved vastly from the 1st time I tried them at Plaza Sing. We were told that in fact, the recipe has been tweaked slightly after feedback from Singaporean customers. The char siew sauce is sweeter, and the crust of the buns are flakier. Actually, i wouldn’t call these char siew buns anymore. To me, char siew buns are the white ones, these look more like Bo Luo buns (famous ones being from Wah Lok Restaurant at Carlton Hotel). Whatever the name, the taste was delicious. It’s hard not to be a messy with these as the crust is so flaky. The bun isn’t very thick, and yields easily because of the amount of juicy and moist char siew within. Superb. I had TWO of these. 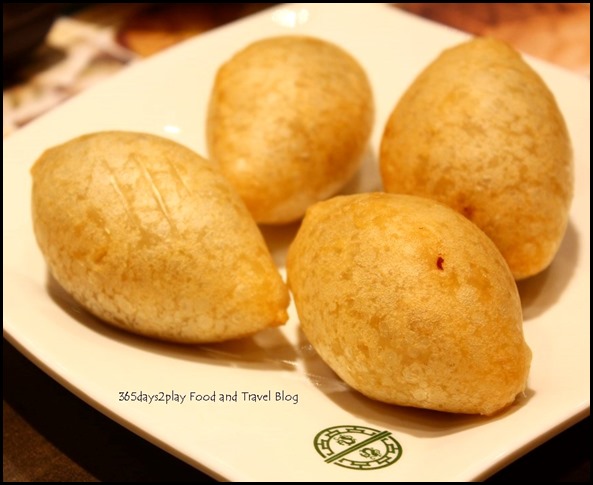 I have been having sleepless nights because of these deep fried dumplings! You don’t notice that they are deep fried because when you bite into them, they are delightfully sticky! Some of my dining companions loathed the texture, but for some reason, I loved it! I like the sticky sweet texture that made my teeth stick together, and it went so well with the salted diced meat within. Only $3.80, definitely one of the better priced items at Tim Ho Wan. I’ve been thinking of where else I may get this particular dim sum dish. Maybe I’ve never paid attention in the past, but I’ve never come across these before. 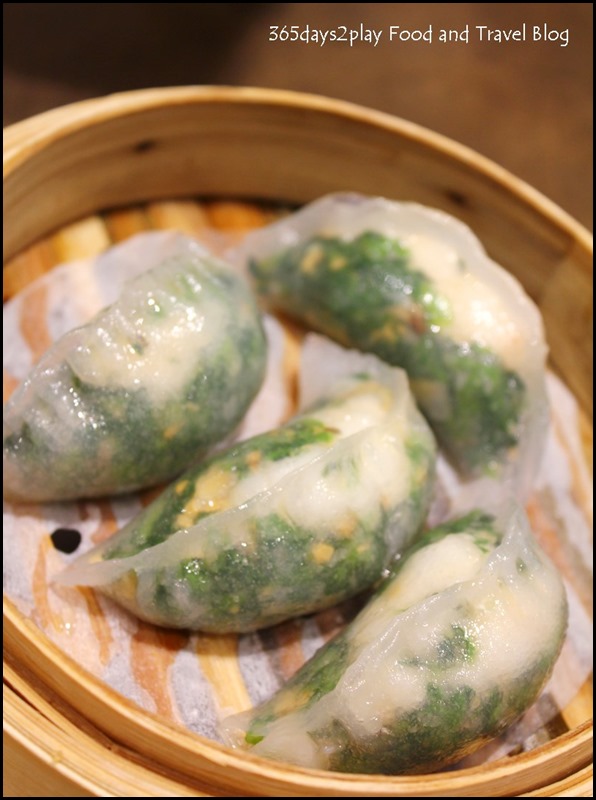 Another well priced item, the spinach filling with shrimp was delicious. We also had 2 servings of these. Don’t expect too much from the dumpling skins though. Tim Ho Wan’s dumpling skins are not the paper thin variety and I guess will never be. 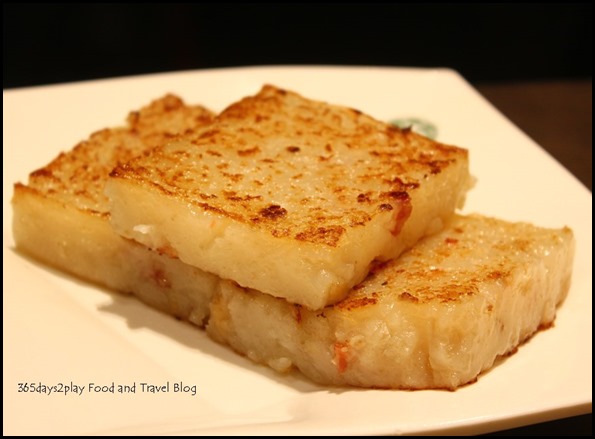 The pan fried carrot cake was one of the few items I liked during my 1st visit to Tim Ho Wan. Glad to know it wasn’t a one hit wonder. These were equally good with lots of sweet radish in them. Doesn’t make you feel as if you’re eating a rice flour cake. 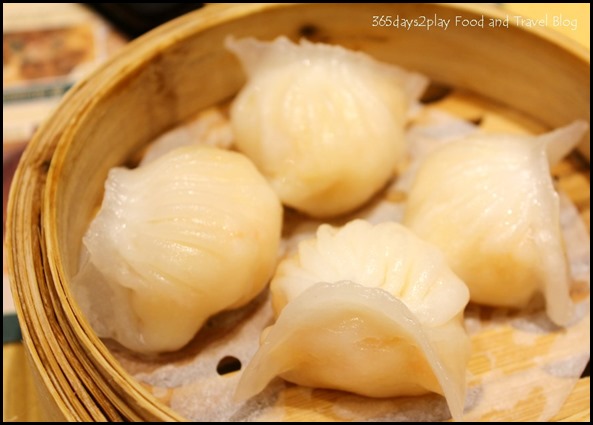 Not the best rendition of har gow. As mentioned, dumpling skins don’t seem to be a speciality of Tim Ho Wan. But at least the prawns were huge and juicy. Pricing wise seems similar to hotel standards, unfortunately. I’m one of those who have to order Har Gow and Siew Mai whenever I eat dim sum. How about you? 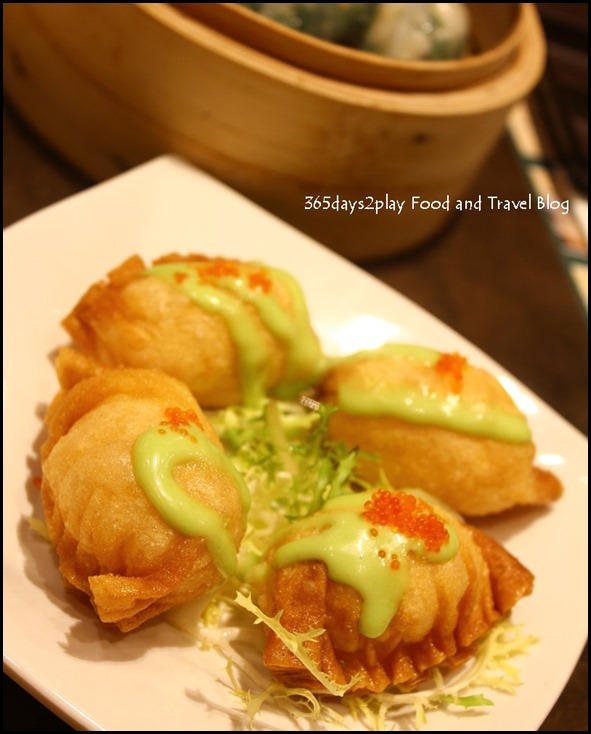 These are more worth the money as compared to the har gow. Love the wasabi mayonaise and the tiny bits of roe to give extra oomph to the prawn dumplings. 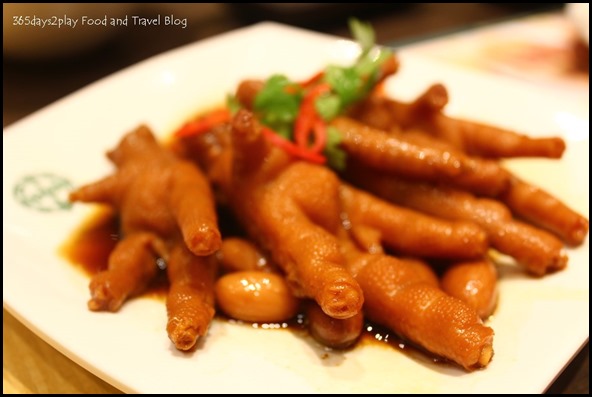 Either you like them or you don’t. I think I might be one of the few people who are indifferent towards them. I like them for the rubbery texture and it’s kind of fun to eat them. But I don’t think they really offer up a taste. It’s like eating gelatine I guess, despite the abalone sauce which was not really noticeable. 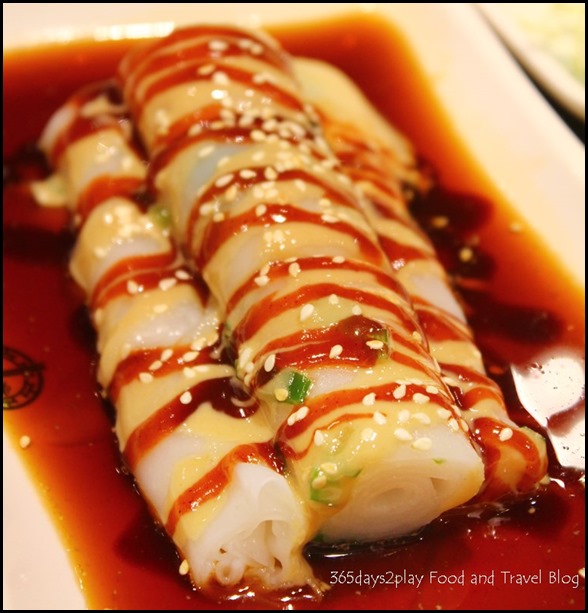 The vermicelli roll was quite nice. It had a sort of bouncy texture, and went well with the sweet sesame sauce even though I didn’t think it would. Don’t think of this as the usual paper thin rice rolls though or you’ll be disappointed. These are quite different actually. 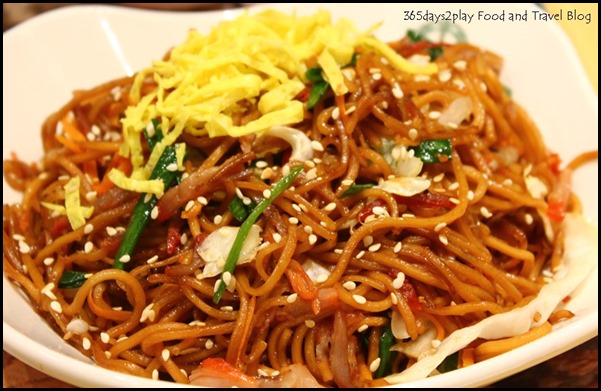 Fried noodles were nice, but I get this feeling that most people would not be ordering fried noodles when they go for dim sum. I was told it is quite common in HK. $6 seems steep for me, given that it is a rather simple dish.

Read about my visit to Tim Ho Wan’s first outlet in Singapore at Plaza Sing.

Check out other great dim sum restaurants in Singapore