I’ve tried KFC in a number of countries and I’ve always felt that the Singapore KFC restaurants serves the best tasting chicken. For one, I really love the Crispy KFC version, which apparently isn’t available worldwide. New Zealand only brings it out once in a while for promotion purposes. So I was quite surprised to find that Australia also offers Crispy chicken! The taste is also pretty comparable to Singapore’s KFC.

Whatever the case, there’s no mention of the chickens being free-range, meaning these chickens are probably crammed into small cages their entire lives. If they’re luckier, they’re crammed into a large barn, which isn’t that much better either if you’ve watched Hugh’ Chicken Run.

But let’s face it, going free-range, hormone free and steroid free surely means increasing prices. The only reason why prices are even this low is because these tactics keep costs low! And this is not just an issue about KFC, in fact most hawker centres and restaurants in Singapore probably use the same type of chicken! But right is right and wrong is wrong. I would be most willing to pay a little more to ensure the health of the chickens as well as mine. 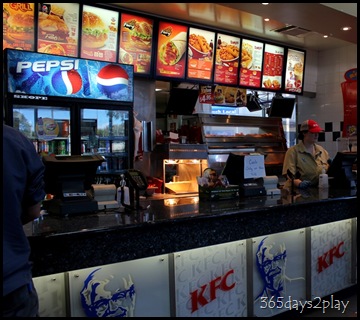 What is open during Chinese New Year 2018?