When in Singapore and Malaysia, it is a must to try the national snack — KAYA TOAST. It’s pieces of toasted bread with coconut egg jam. Everyone in Singapore has heard of Yakun. I still recall the 1st time I tried it. I was interning at Citibank and a colleague bought some for breakfast and shared a slice with me. It was the 1st time I had ever eaten bread so crispy, with such a decadent and aromatic spread of kaya in my entire life. In fact, I probably didn’t even realise it was kaya toast because it was nothing like I’d ever tasted. I was literally in bliss for several seconds.

I’ve not turned back since and have had Yakun’s kaya toast countless times. These days, because there are so many branches/franchise shops, standards can be a little inconsistent. I find that in order to guarantee you get a good serving, you have to ask the staff to give you a thick serving of the kaya. If not, in their haste, they sometimes spread the kaya so thinly you can see empty patches on the bread. 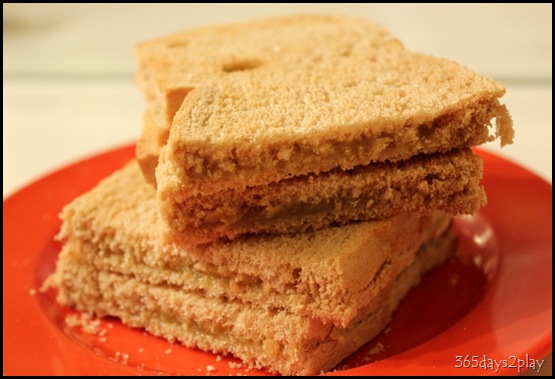 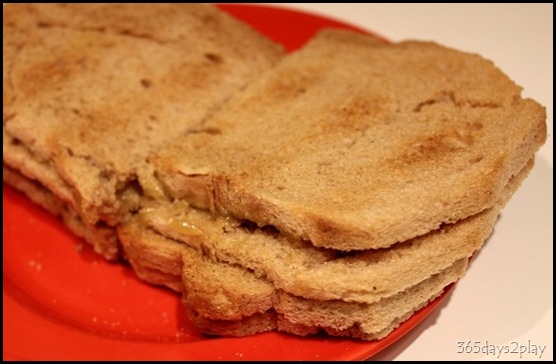 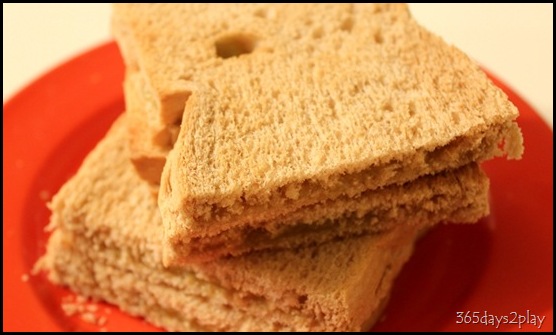 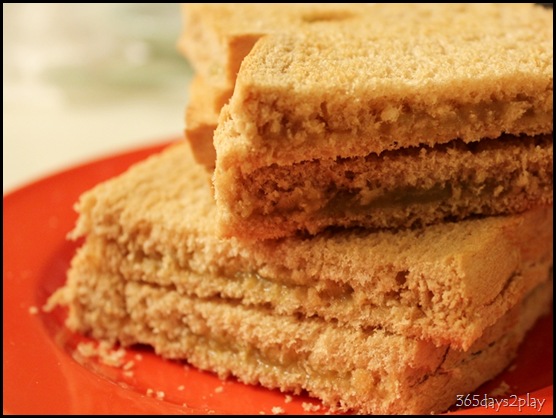 Mmmmmm, I want some right now! 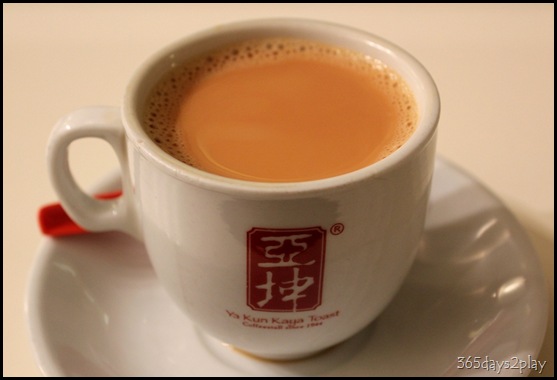 And of course, you need a cuppa tea or coffee to go with the dry kaya toast. I don’t know what Yakun puts in its tea or milk, but there’s just no mistaking Yakun’s signature Teh /Teh C taste. I know of NO other establishment that has been able to replicate the taste that Yakun offers. And I don’t understand it! If you go to any other coffee shop and order tea, they all pretty much taste the same. Yakun’s tastes different! Can someone tell me what the secret ingredient is????? 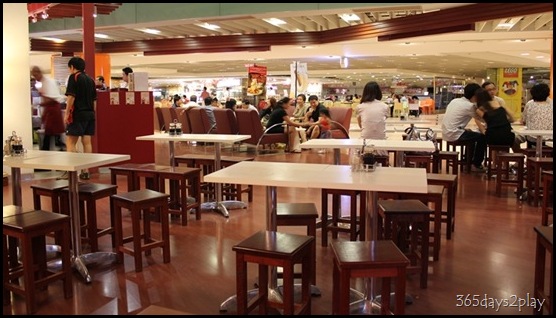 The last 2 photos are of the Yakun outlet at Changi Airport Terminal 3 on separate occasions. The 2nd last photo was taken yesterday at about 11pm. It’s amazing how crowded the airport still was at this hour and actually, even when we left around 11.30pm, it was no less crowded. I love it that Yakun and many of the establishments at the airport operate 24hrs, but just what does this say about our country and people? I suppose this is not necessarily a bad thing because we are still spending time with family and friends.

Other Places for Coffee/Tea and Kaya Toast