My colleague is rushing me to get this article out because he wants to book a table at the Pantry for Valentine’s Day. So sweet that he’s taking his girlfriend of a few months out to celebrate Valentine’s day! I don’t think the Partner and I have any plans as yet (unless he surprises me heh!), such is the situation with couples who have been together for a while!#!%# I’ll probably be slaving it out in the kitchens of my baking school baking loaf after loaf of boring bread.

Anyway, to get back on track, Marmalade Pantry at the Stables is having a lovely Valentine’s Day menu for the occasion. I was privileged to get to sample the set menu last week and I have to say, not only is the food good, the ambience is very romantic too! As with all Valentine’s Day dinners, the prices are hyped up, but I think $128++ per couple is quite okay for the quality of the food served. 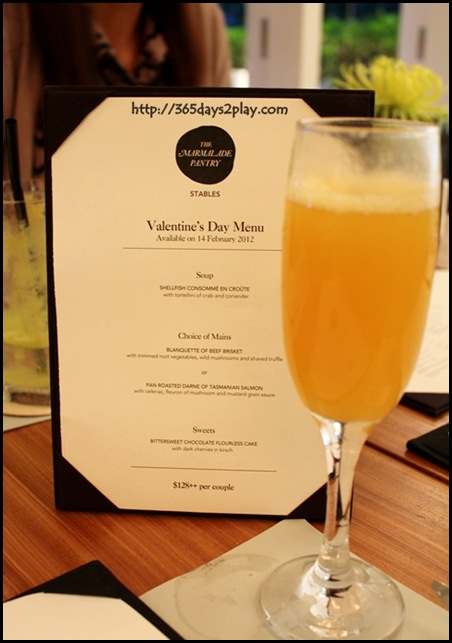 Soup : Shellfish consomme encroute with tortellini of crab and coriander 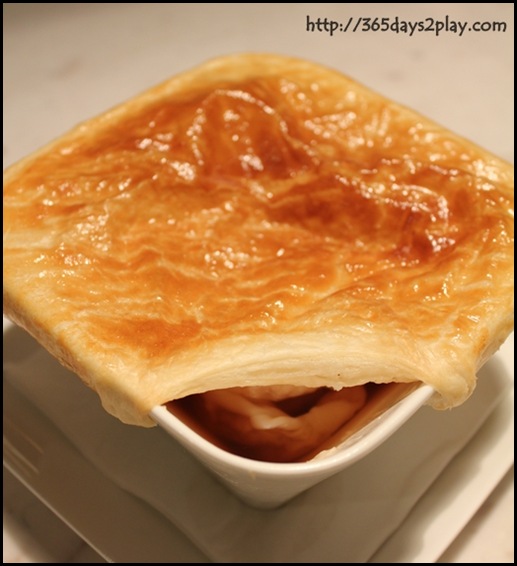 Soup : Shellfish consomme encroute with tortellini of crab and coriander

First up, soup. The soup is very light as its a consommé. This is no ordinary consommé though. The stock has been boiled for more than 2 hours, and instead of straining the stock through a muslin cloth or similar, the soup is actually ”self-filtered”. Okay I invented that word, but it really is true. The stock is frozen, and when thawed, the liquid drips through the gelatinous bits, which act as filter. So what drips through is super clear and flavourful!

And unlike other puff pastry soup types, the puff pastry is baked in an empty bowl. The soup is later delicately poured in through the slit you see in the puff pastry. The reason for doing this is so that steam from the soup doesn’t make the puff pastry soggy. I have to tell you, that was the flakiest, delicate and most delicious soup puff pastry I have ever eaten to date. It totally overshadowed the tortellini such that I hardly even remember eating it, and all I remember about the tortellini is that it’s skin was super soft. 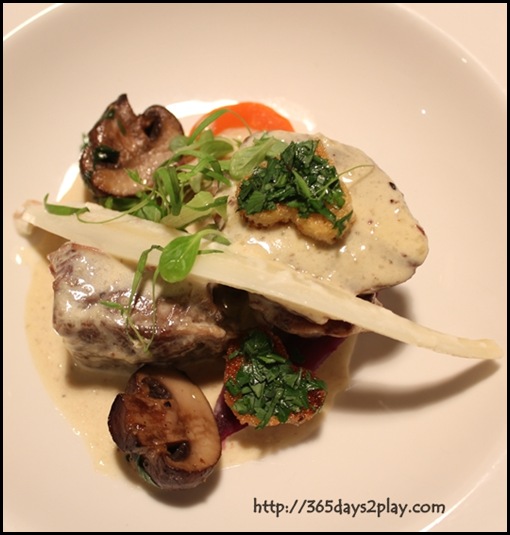 *The portion served for Valentine’s Day will be bigger than in the photo as I had 2 main courses to deal with.

If you are in doubt as to which main course you want to have, order the beef brisket. You won’t regret it! 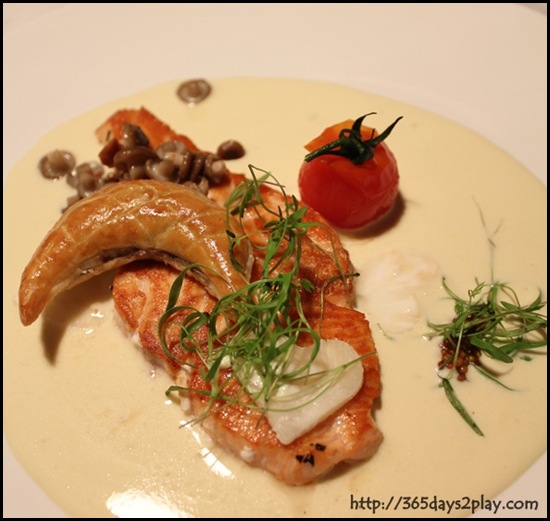 The salmon was just slightly more cooked than I would have liked, cuz I like mine to be ever so slightly seared, with pink still in the middle. Still, it was delicious and paired very well with the mustard grain sauce. Also loved the fleuron of mushroom. A fleuron is a tiny, crescent-shaped piece of puff pastry used as a garnish, usually atop hot food. This fleuron was rich and flaky, and when biting into it, the mushrooms burst out, creating a wonderful mix of flavours.

*The portion served for Valentine’s Day will be bigger than in the photo as I had 2 main courses to deal with. 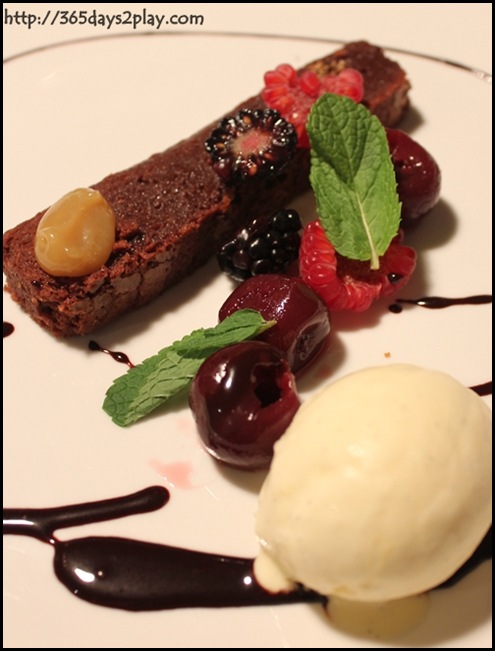 In my opinion, there’s no better way to end off a wonderful meal, especially a Valentine’s Day one, with a rich chocolate dessert. I loved tit that the chocolate cake was so dense. Every mouthful was a substantial bite of chocolate. I don’t think it was bitter at all, but it wasn’t overly sweet. The ice cream was also sensational, super rich and creamy. The vanilla flavour was evident. I later found out that the ice cream was from the Kapiti brand ice cream, and Kapiti is from New Zealand! YAY! I tell you, one mouthful of the cake plus ice cream sends you to high heavens. The little orange glob there was a glob of salty caramel. Not too sure how it fits into the entire dish so I just ate it right at the end.

Oh btw, if you still have spare dough left, do try out Marmalade Pantry’s cupcakes. I tried the Nutella one and it was insane. My father and I fought over the crumbs! The nutella frosting was generous and super chocolate. Satisfied all my chocolate cravings for 1 week! 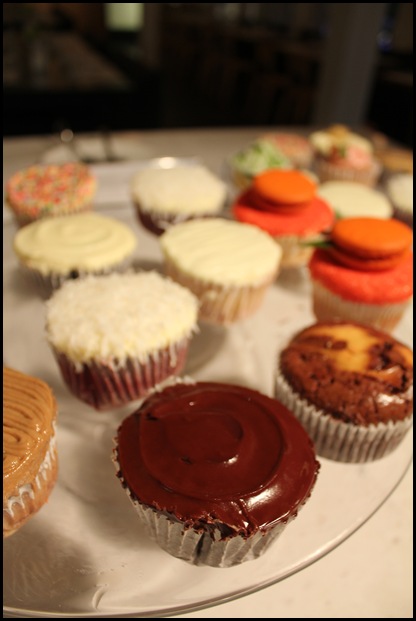 See link for pictures of Pantry at the Stables

Pantry at the Stables

Map of Pantry at the Stables