Check out this new joint Kiasu Espresso by the people behind Forty Hands. It’s located at the new 100AM mall right next to Amara Hotel along Tanjong Pagar Road. They serve coffees and light bites mainly. Most importantly, they are the 2nd establishment that I know of that sells Kouign Aman! I love Kouign Amans, think of it as a croissant pumped up with extra sugar and then doused with even more caramelised sugar on the outside! It’s one of the cheapest pastries at Tiong Bahru Bakery, and is one of their best sellers! Despite the somewhat Middle Eastern sounding name, it is apparently a British pastry! 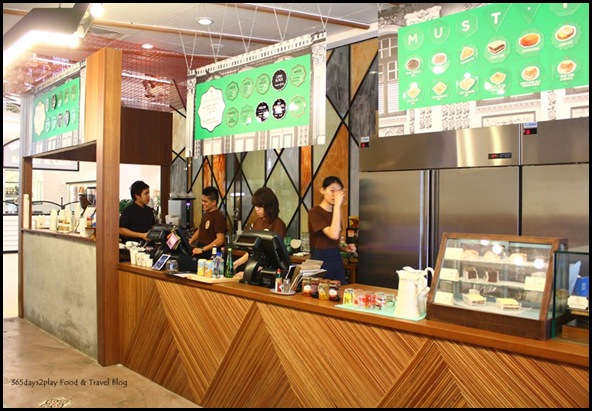 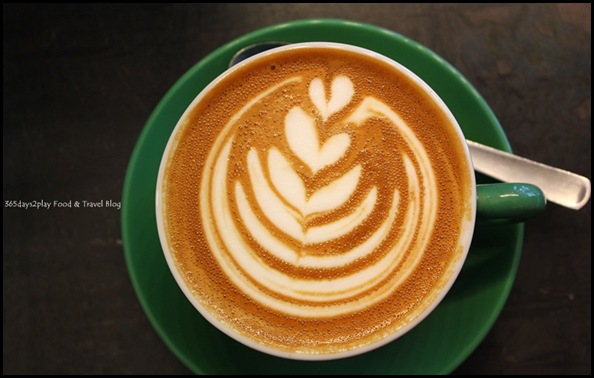 But first, a picture of the coffee we had. My philosophy is that a good coffee maketh a good cafe. Now that there are so many cafe joints to choose from, I’ve upped my criteria of what makes an enjoyable coffee. The cafe latte we had was quite nice. I thought it was on the strong side, and slightly bitter, but the Partner said it was just fine. If you’re into sharing, you should get the large size one for $7 to make it more economical! 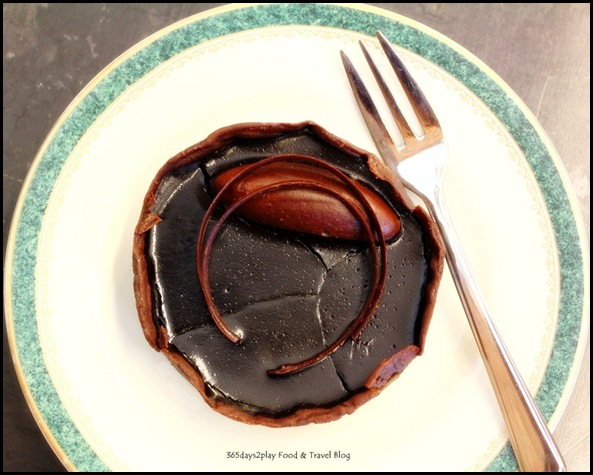 I had the loveliest chocolate tart at Forty Hands. It was the most amazing chocolate tart I had ever eaten and I’ve never ever found a better chocolate tart than the one made at Forty Hands. Every mouthful was a rich and heavy chocolatey delight. It cost $9 there, so when I saw this one for about $4, I quickly ordered one. Unfortunately, apart from the looks, the taste was rather different. For one, there was a chemical taste to the tart, which I suspect originates from the water or something. I guess you get what you pay for. 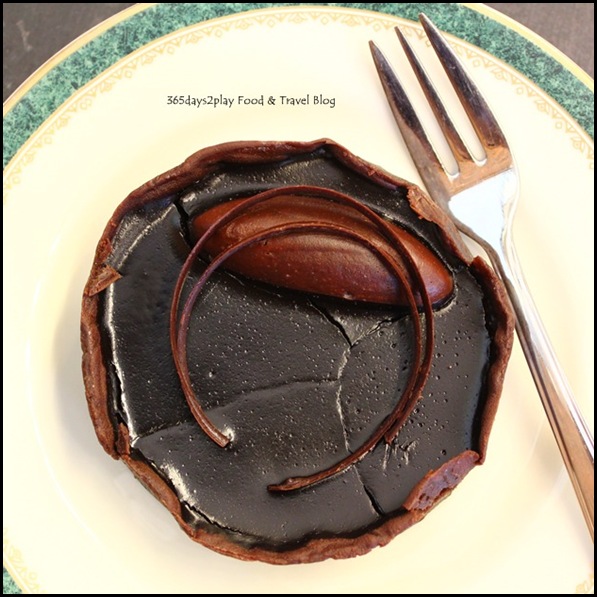 Closer look of the chocolate tart 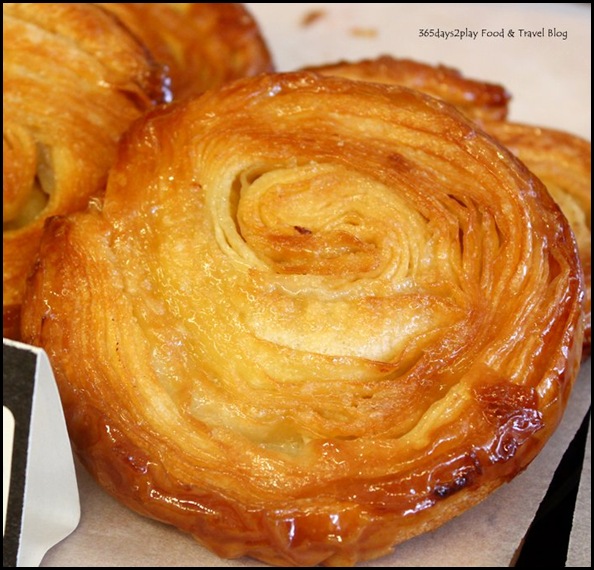 A kouign Aman costs $3.50 at Tiong Bahru Bakery, so it’s $0.30 more here at Kiasu Espresso. Didn’t try this though since I already had the chocolate tart. 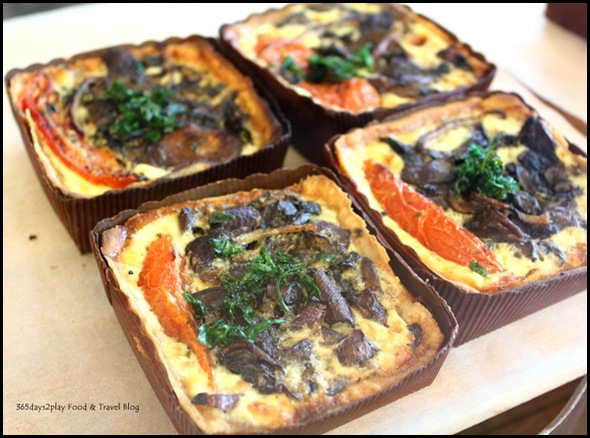 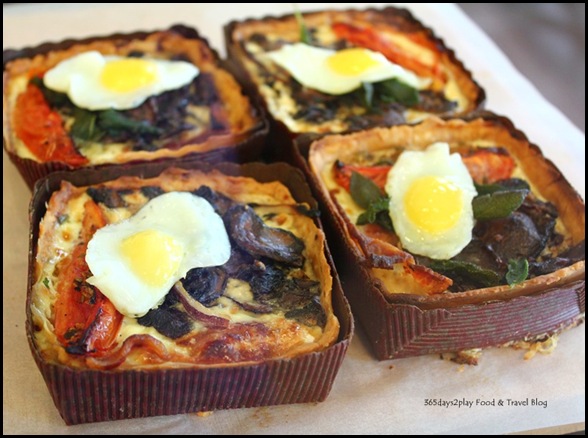 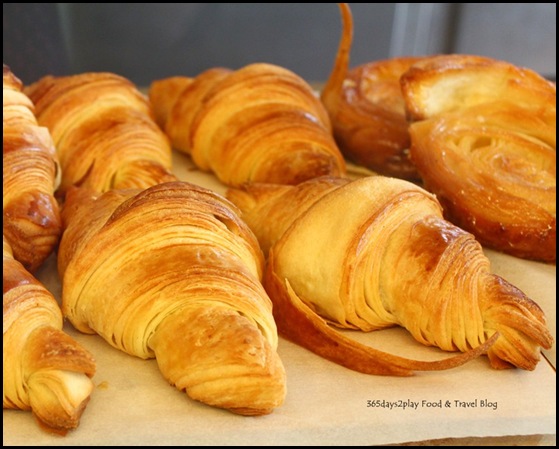 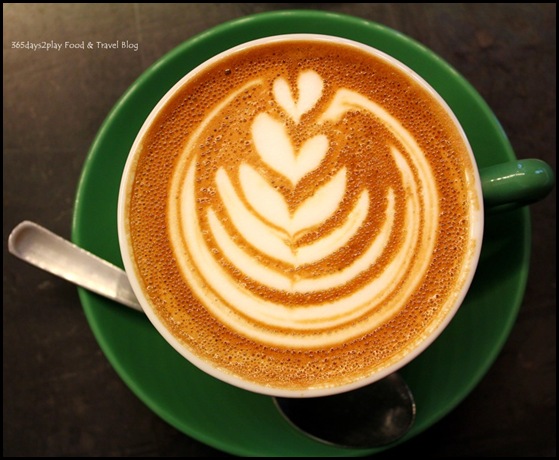 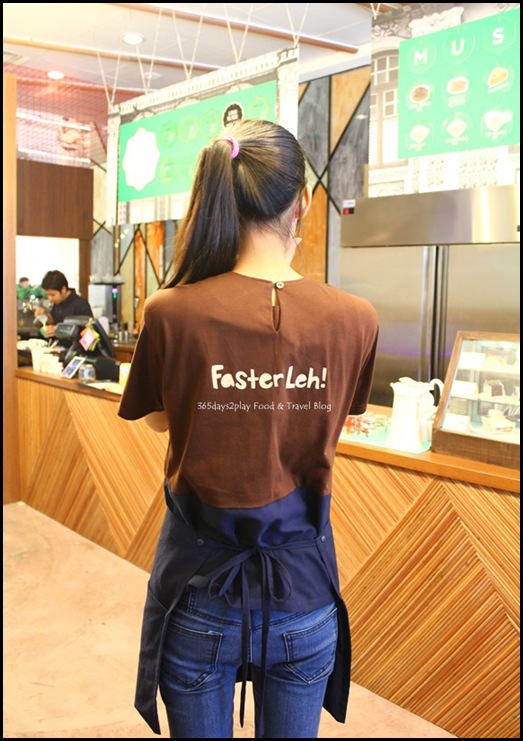 Ha, despite the name Kiasu, and the tongue in cheek ”Faster Leh”, service speed here is the same as anywhere else. 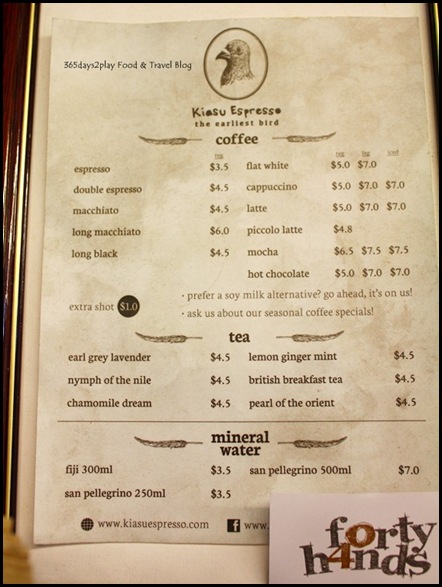 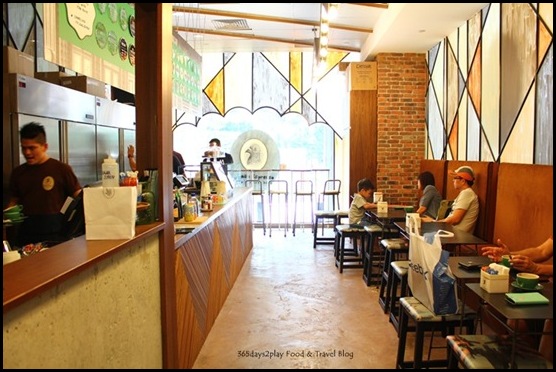 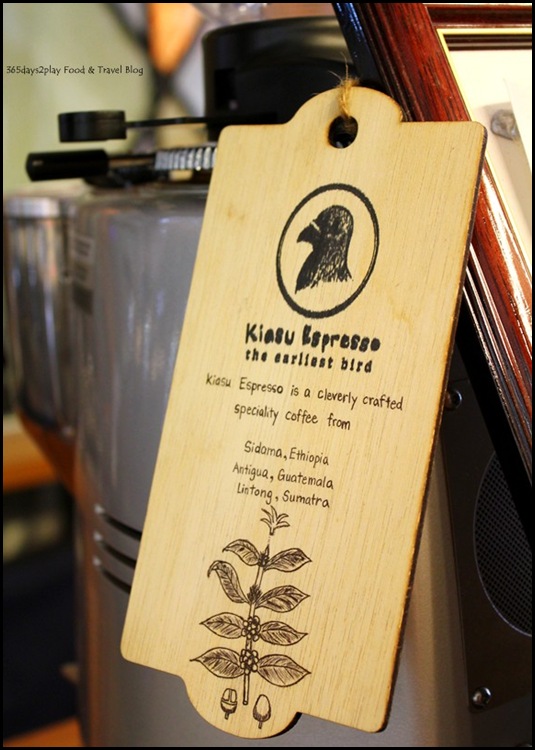 Alas, open early but close early too! Kiasu Espresso is probably one of the few Third Wave coffee Cafes that are open so early in the morning! Talk about being Kiasu huh! 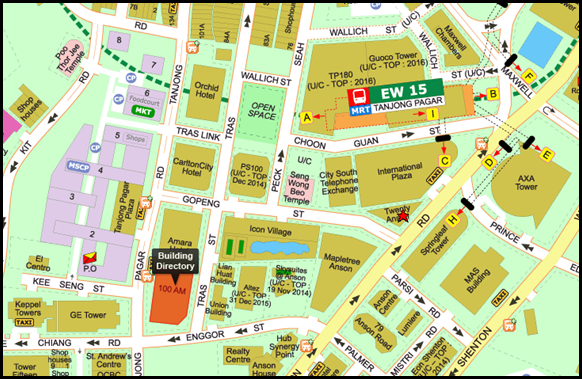