After our cuppa along Tanjong Katong Road, we took a short stroll and chanced upon a huge group of people crowded outside a restaurant. I had an inkling what it might be and I was right. These people were standing outside Tadka Indian Kitchen, and there was a flatscreen TV showing the Cricket World Cup Finals in there.

My father just couldn’t resist it and had to take a photo. The cricket fans were all game for a photo too and some of them even waved and clapped for the photo! I just love it the way sports fans are willing to rough it out just to catch their favourite game on TV. It’s definitely much more atmospheric watching sports in a group. Some might say that standing out here is more fun than watching it cooped up at home alone! 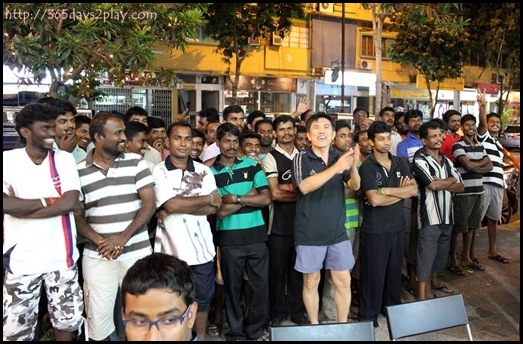 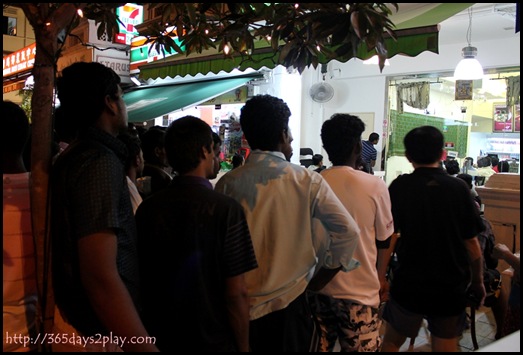 There’s kind of like a rich poor divide going on here. Those who can afford it sit inside the air-conditioned restaurant, while those who can’t, buy a beer from the 7-11 next door. Actually, I think nobody was drinking beer at all. Unlike the rowdy scenes along One Fullerton, Clarke Quay and Robertson Quay for the Football World Cup, everyone here really was pretty orderly!

What to eat at Tanjong Katong Road